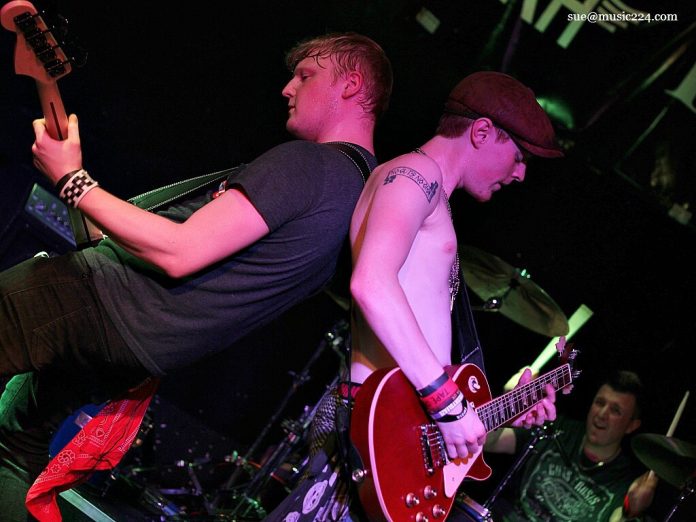 Hard rocking trio Theia have had plenty to celebrate in recent months and that run continued last week with the news that they have landed a plumb spot on the Hard Rock Hell festival.

The three piece will be joining acts including, Queenscryche, Blue Oyster Cult and Michael Shenker, at Pwllhelli between 13th-16th November, but as singer/guitarist Kyle Lamley told us when we caught up with him recently, this is only the start for the group: “Everything is going really well, ” he beamed. “However, we have clear aims for this band, we want to be filling good sized venues, maybe 1200 or so in the next 12 months. We absolutely believe in this.”

Kyle, who is joined by Paul Edwards, his long time cohort, on bass, and experienced drummer John Tolley, who only recently joined, and the sticksman reckons he knows why the band are making such waves: “People just want to hear great hard rock again,” he says. “Everyone’s sick of those other scenes and there’s a real resurgence in balls to the wall rock.”

The band have toured incessantly throughout 2014 and that looks set to continue into the end of the year, and you will be able to read more of the thoughts of Kyle, Paul and John in the next couple as weeks, as they very kindly sat with us for a Maximum Volume Meets feature.