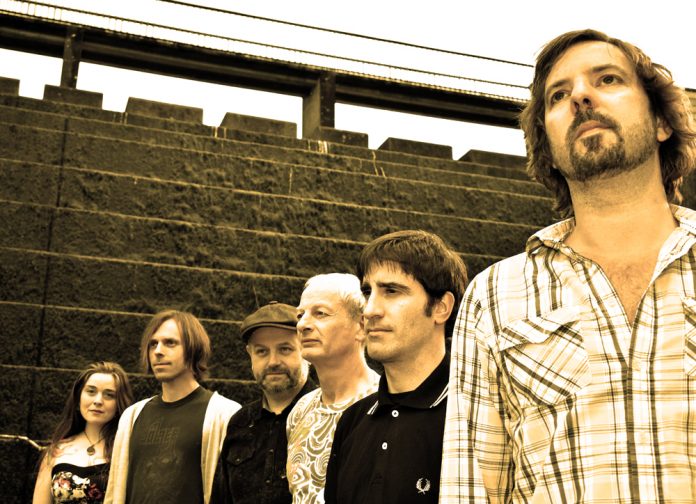 Cornish psych explorers Hanterhir move closer to the release of their epic album The Saving Of Cadan with the video for their new single ‘Arloedthes a’n Lydn’ which they’re premiering with Maximum Volume Music.

Translated from the original Cornish as ‘Lady Of The Lake’, the song is one of 21 tracks on the triple-vinyl / double-CD album which is released through Easy Action on 27 July.

“The songs are all there to try and tell parts of a story,” says frontman Ben Harris. “The story is about a boy, Cadan, who tries to drown himself in a lake on Carn Marth and gets saved by a wicked spirit who was cursed to the lake – The Lady of the Lake or Morwenna.”

Four years in the making, at various locations in and around the band’s hometown of Redruth, the album draws influence from a wide range of sources. ‘Arloedthes a’n Lydn’ itself escalates from jangling psych-folk beginnings toward a post-punk guitar’n’sax wig-out reminiscent of early Psychedelic Furs.

The Saving Of Cadan is available to pre-order on vinyl and CD via the band’s website and digitally from iTunes.