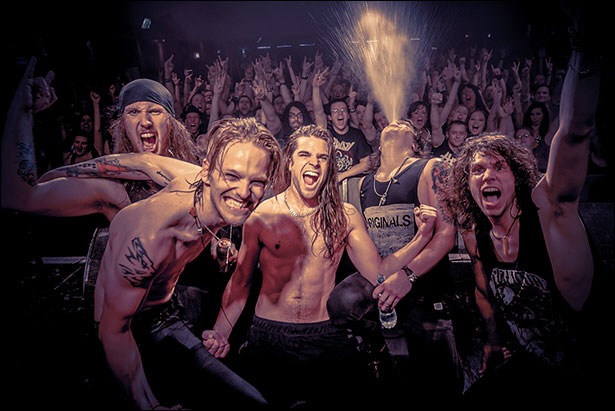 Although we are yet to have the pleasure, they say Sweden’s H.E.A.T are one of those bands which you need to see live on stage. “Live In London” is the band’s first ever live release and hopes to prove that point.

Mainly recorded at The Garage in London on 16th May 2014 during their first ever European headline tour, “Live In London” will be released in Europe on Friday 20th February 2015 on earMUSIC (UK release is Monday 23rd February).

The band is back on tour this month and you can see them for yourself at: