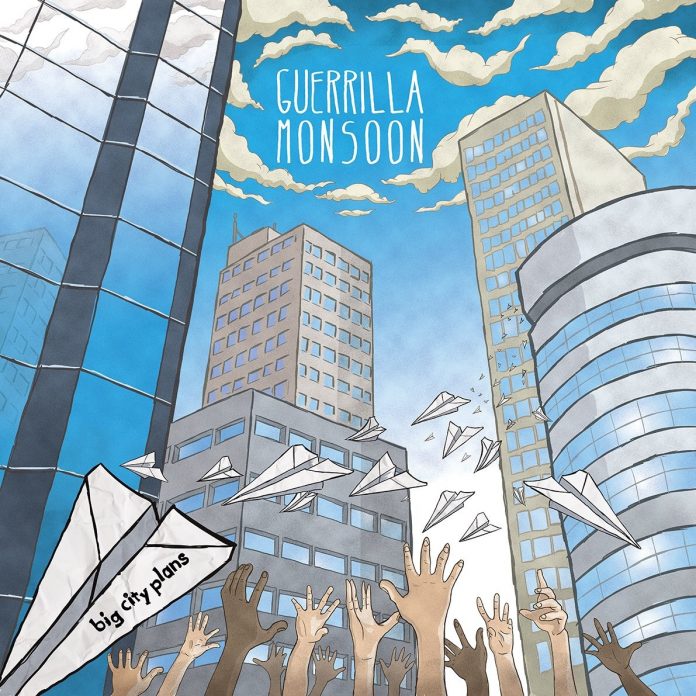 The record – out on 6th October digitally, while a vinyl version is out on 27th October via Paper And Plastick in the US and Beach Community in the UK – has been eagerly awaited by all who have seen GM’s increasingly superb live performances over the last few months.

With the album release show looming large this week, we caught up with a clearly exited Mark Bussey, the bands main songwriter, who explained that he was still trying to take their recent success in: “Guerrilla Monsoon was formed in December 2013 as a hobby; something to do after work. Of course it is still that, just on a larger scale.”

The title track from the new eight track album has been featured on the Kerrang website an Mark admits he is relishing the opportunity to take their music to a new audience: “The fact that this exposure is allowing more people outside of what you might call our ‘core community’ to listen to songs that I wrote in my bedroom is truly humbling.”

The album launch show is at Bulls Head, Moseley on 2nd October.

MVMs thoughts on Big City Plans will be published this weekend.

There will be a full interview with Mark to coincide with the vinyl release, when he talks about the prospect of touring America, working with your heroes, the Birmingham punk scene….and being a foodie….