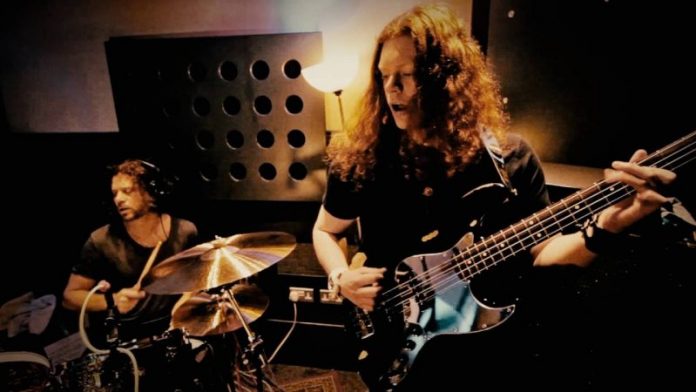 ‘This Higher Ground’ is the emotionally powerful new single taken from the career defining album AMPLIFY by emerging independent artist TESS OF THE CIRCLE.

Produced by the prolific Gavin Monaghan (Editors, The Sherlocks, Robert Planet, Lemmy, Ryan Adams, Grace Jones) the single showcases another side to this exciting independent rock act.  Delivered with the same intensity and conviction as their critically acclaimed alt rock tracks this reflective acoustic song brings cello, acoustic guitar and mandolin into the mix to startling effect.
Filmed in the streets and woods of Brighton, the accompanying video is already generating industry buzz and is set to capture people’s hearts and minds when it goes live. Telling the story of two children, who are neighbours, who form a friendship when the boy notices the girl walking around town with a cart mysteriously collecting items and trinkets for an unknown purpose.  The video, filled with fairy tale imagery set against a modern world, cannot fail to affect you by its simple but powerful message and emotive surprise ending.

In just two years, TESS OF THE CIRCLE have amassed an impressive cv with repeat support from multiple National Radio stations in the UK (BBC Radio 2, BBC Radio 6, BBC Introducing, Virgin, Kerrang, Planet Rock, Amazing) and live sessions on 14 stations including BBC Radio 2, BBC London & BBC Oxford. The band have engaged audiences with shows at Glastonbury, sub-headlining the Acoustic Festival of Britain’s second stage and headlining Bear Gryll’s Festival in London. Amongst many dates, this year sees them playing Bearded Theory main stages as well as playing alongside REEF and PUDDLE OF MUD on the main stage of the new AMPLIFIED Festival in Gloucester.