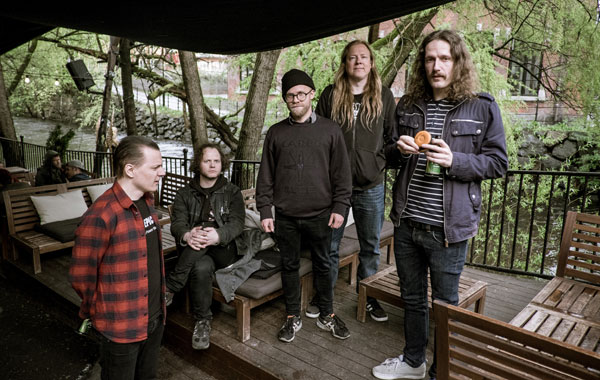 Norwegian grindcore innovators BEATEN TO DEATH have just premiered a new video for the track “Home Of Phobia” from their latest album “Unplugged” via Metal Sucks.

The video was filmed by Per Georg Krokstad and features Norwegian actress and dancer Thea Bay, check it out HERE.

Released on September 9th via Mas-Kina Recordings, “Unplugged” is B2D’s follow-up to their highly buzzed about second full-length album “Dødsfest!” from 2013 and just like previous efforts it was 100% recorded live with no overdubs or any other studio trickery.

Previously Beaten To Death premièred a video for the track “Don’t You Dare To Call Us Heavy Metal” through Metal Hammer UK, watch it here.

Order a copy of “Unplugged” on vinyl here.