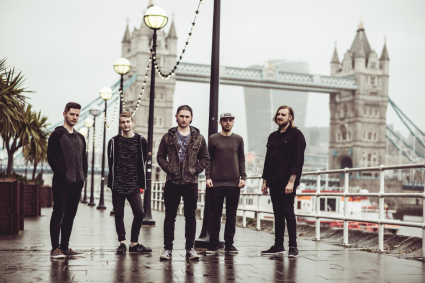 Drawing influence from the expansive world of Metal and Rock, but with a particular affection for heavyweight riff slingers Trivium, Rise to Remainand Architects, through to Post-Hardcore heroes Alexisonfire,Greyhaven produce colossal modern Rock stocked with captivating vocal melodies, engrossing solos and intricate yet heavy instrumentation.

Formed in early 2015, Greyhaven have wasted no time proving themselves as an exciting and formidable force within the UK rock and metal fraternity. Now, with a slew of energetic live performances and shows under their belts with bands such as Create To Inspire, Idols Of Apathy, Vera Grace and The Afterparty, Greyhaven have the desired and hard hitting arena-sized anthems to be one of the major players in 2017.

Featuring Sam Paterson (Vocals), Alex Hills (Guitar), Jim White (Guitar), Edd Kerton (Bass, Vocals), and Connor Tate (Drums), the five-some dropped last year’s debut EP The Flood which instantly spiked the attention of the underground, helping to cultivate an ever-expanding fanbase. After the success of their debut EP, Greyhaven bunkered down at Avenue Studios with Dan Kerr at the helm (Shields, Create To Inspire, Despite my Deepest Fear) to commence work on their sophomore release, State Of Mind. 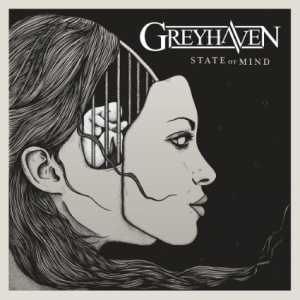 This new EP, a strong progression from the band’s debut release, sees the crew solidly evolve and yet still retain the venom from their first record. State Of Mind also elaborates and showcases the band’s growing maturity, as both musicians and as songwriters. From the fast-paced hooky refrain of new single On & On, to the guile and grit of Our Stand, this record will genuinely speak to you. The lyrical themes also reflect the group’s development, including everything from loss and depression through to anxiety. With this in mind, it seems only fitting for Greyhaven to pair up with the charity Young Minds for the video of their new single On &On. With further announcements, tour dates and festival appearances in the works for this Summer, Greyhaven are destined to shine brightly.—————-
GREYHAVEN LIVE IN AUGUST W/ BEGIN EUGENE & FORGOTTEN SHORES:
12th – Leicester The Shed; 13th – Chelmsford Asylum; 14th – Basingstoke Sanctuary; 15th – Brighton Green Door Store; 16th – Guildford The Star; 17th – Bristol The Hatchet; 18th August – London Our Black Heart.
——————–