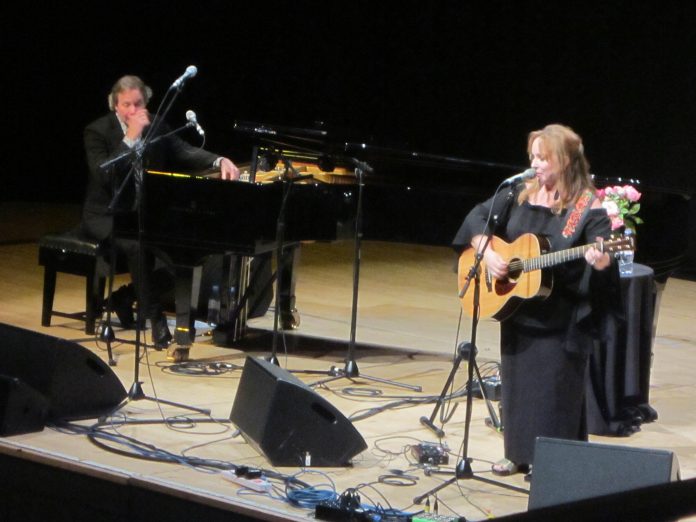 “Thanks for coming, sorry its been so sad,” offers Gretchen Peters just before her encore tonight. Two and a half hours or so before Kim Richey, the support this evening, had said something similar: “you know,” she mused, “we’re having a lot of fun on this tour, far more fun than singer-songwriters with three or four happy songs between them should.” 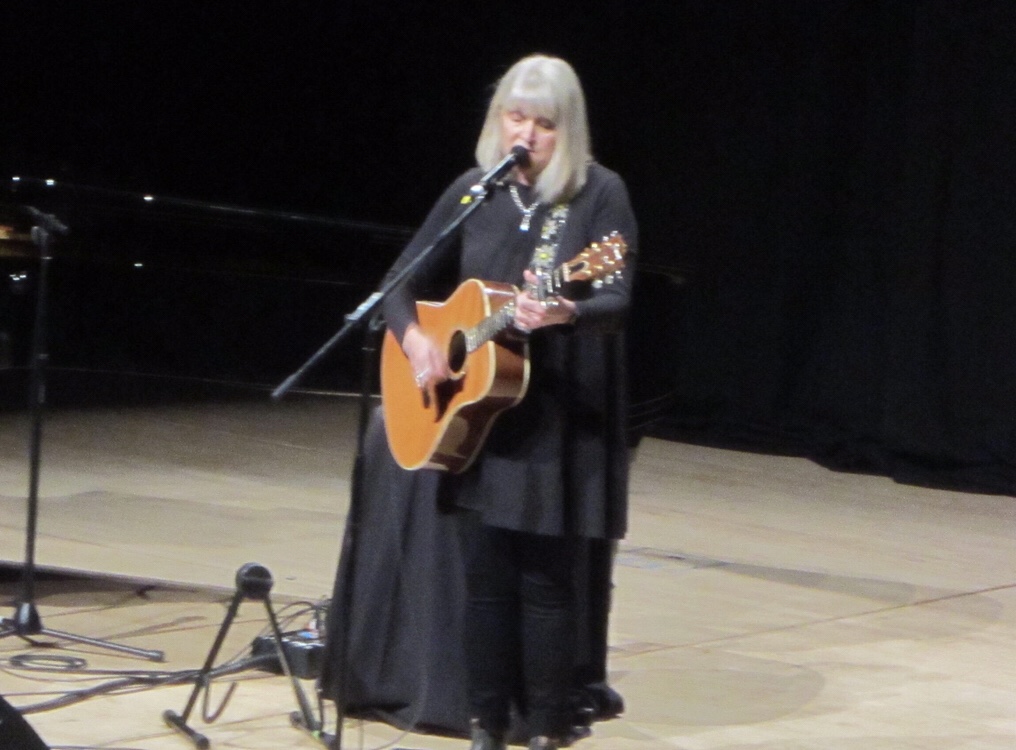 And yet, both understand the true beauty was always in the darkness. The truly great songs were never about the California girls in the sun, but the girls who were – and are perhaps – in abusive relationships. Richey has just released new record, and she plays a couple of the standout moments from “Edgeland” here. “Pin A Rose” written with Chuck Prophet, is the Tale of someone watching abuse unfold, unable to stop it: “you saw a light, I saw a freight train coming, I tried to tell you he was no damn good” is not just a key line, but one of many that take on a whole new life in this realm, with Richey playing acoustic and solo, the whole thing seems laid bare. There is some humour too, the tale of her three-year-old Goddaughter singing the regret-filled “Chase Wild Horses” is typical, while “Your Dear John” initially appears to be one of the few that isn’t autobiographical, but as the singer notes: “its probably about me, just playing the part of a river man….” It scarcely matters, anyway such is the skill in this half hour. One which ends with “Straight As The Crow Flies” and appropriately enough, flies by too.

Gretchen Peters is another with a new record out, “Dancing With The Beast” is an ambitious thing too, a series of songs telling the stories of different women, from young children to the elderly and everything in between (“I feel surrounded by sisters” is how Peters puts it here). Each one works, though, because of Peters’ wonderful gift for songwriting and her absolutely superb voice. “Arguing With Ghosts” is delivered with smoky, brooding tones, the highlight “Truckstop Angel” is not only a heart wrenching story, but a vehicle for the wonderful band she’s assembled to show their skills.

There are plenty from her back catalogue too, “Wichita” and “Matador” – the latter complete with accordion –  are so fragile they might break at any moment, but it is another of the new ones “Lowlands” that forms the centrepiece here. Written in the aftermath of the US election, it is preceded by a clearly heartfelt speech about America facing a cliff edge.

Kim Richey returns to lend her harmonies to “Say Grace” while the blues infused “When All You Got Is A Hammer”, “Five Minutes” and the brilliant “Idlewild” prove that Peters is without peer when it comes to delivering the lives of her characters.

The encore shows two different sides to her. A cover of “Why You Been So Long” turns the place into a honky-tonk, but what really hits home is “Love That Makes A Cup O’ Tea”. Unplugged and solo, this is Peters truly out on a limb. And she never sounds better.

Sad? No. Not at all. Wonderfully uplifting more like.