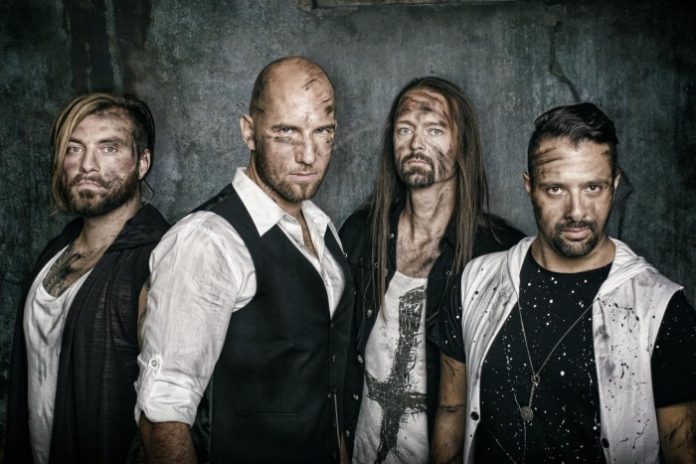 Austrian symphonic / progressive power metal giants Serenity have been added to the bill of Rock On The Green, the brand new one day festival co-headlined by Tarja Turunen and Amaranthe on 4th June at the O2 Forum Kentish Town.

Serenity’s much acclaimed fifth studio album, ‘Codex Atlanticus’, released by Napalm Records in late January 2016, is a deeply melodic offering, featuring monumental, movie-score-ish orchestral arrangements, all cascading with massive rhythms and fluid guitar riffs and licks. ‘Codex Atlanticus’ was awarded 10/10 by Powerplay Magazine’s Adrian Hextal, who stated “Another album and another opportunity for Serenity to deliver a spellbinding story that seamlessly blends fact and fiction about historical events and people. This time, Leonardo Da Vinci is the focus of the album and the tracks are peppered with concepts about conspiracies, the illuminati and myths. The arrangements form the soundtrack to an epic movie straight out of the Hans Zimmerman book of composing…The melodies are lush, the vocals are crisp and Georg has an excellent vocal range that suits the material perfectly. The orchestral elements of the tracks add depth without overshadowing the band, ensuring the guitars sound clean with enough grit to remind everyone that whilst this is indeed epic, at its heart it’s a metal album, lest we forget. Highlights include ‘My Final Chapter’, where the band take it all down several notches and the softer approach, with pipes added to the mix, drips with emotion. The heartfelt solo midway through bursts through the speakers and knocks you backwards before the strings and keys blend back in, allowing a pure fists-to-chest vocal moment from Georg. Closing on a piano outro, the song deserves multiple repeat plays.”

Check out www.serenity-band.com for more info.

Further acts are due to be announced soon. Tickets are on sale now priced at £35 for downstairs standing, and £40 for upstairs unreserved seating/standing; the link is:- www.ticketweb.co.uk/event/gdp0406?camefrom=AMG_FORUM_rogf&brand=o2for