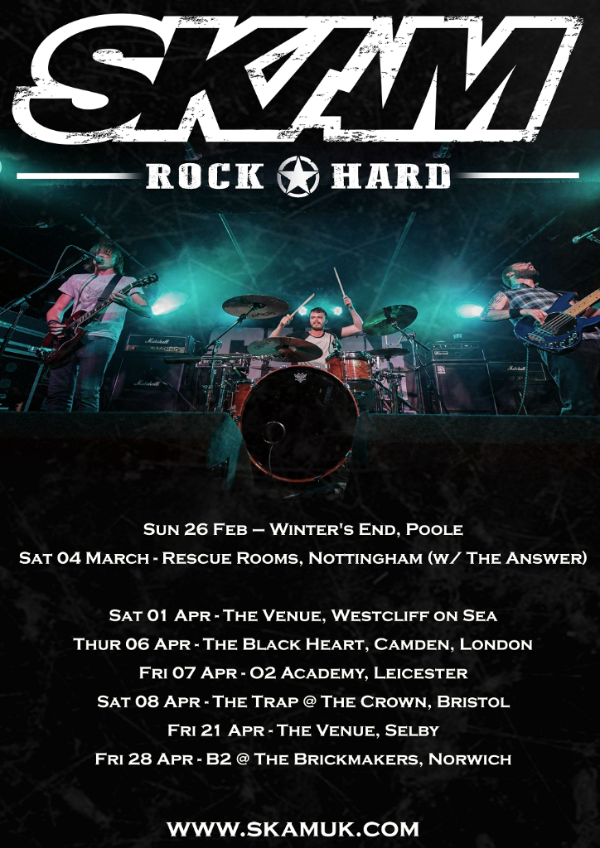 Great British power trio SKAM head out on the road for a run of headline dates in April to follow-up their appearance at Winter’s End Festival and a special guest slot with The Answer in Nottingham.

SKAM are deep into plans to release their as yet untitled third album as a follow on to their acclaimed 2011 debut, It’s Come To This and breakthrough second album, 2014’s Peacemaker.

Singer/Guitarist, Steve Hill, said, “We have just come out of the studio and we are itching to get in front of a hard rock crowd again. It’s a pleasure to play at the very first Planet Rock Winter’s End Festival this month. We then team up with our good friends in The Answer again in March before we front our own run of headline shows in April. You can’t get much better than that.”

He added, “This tour will be a great way to introduce our fans to the new album. We have played a couple recently but this will be our chance to open them up to a live audience. We hope they like them because they are all recorded now!”