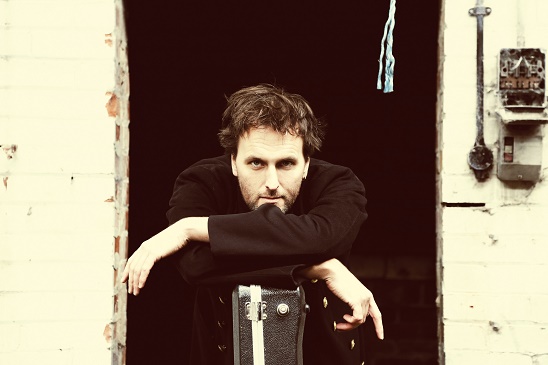 Tickets for next year’s Cambridge Folk Festival will go on general sale on Thursday 1 December 2016 at 10am. Priority booking opened at 10am on Thursday 24 November. Full details and ticket prices follow below. Early booking is advisable.

In an exciting Festival first, folk star Jon Boden will take the role of Guest Curator of Cambridge Folk Festival 2017. Jon will programme up to five artists appearing across the festival’s four stages and festival weekend.  Jon will personally introduce each of his selected artists live onstage and will be on-site all weekend presenting additional unique happenings and the odd surprise event in his Guest Curator role.

In addition, Jon Boden & The Remnant Kings will perform their first live show in several years with a one-off preview performance on the festival’s main stage of material from the brand-new Jon Boden album to be released in autumn 2017, giving festival goers the first chance to hear the new material before it is released. The performance will also dip into material from Bellowhead, the A Folk Song A Day project and more.

“Like many folk artists Cambridge Folk Festival has meant a huge amount to me over the years so I am incredibly excited to be asked to be guest curator. Cambridge has always excelled at bringing together the many varied and disparate aspects of the folk scene and beyond so I am looking forward immensely to being a part of that process in 2017. I have played at Cambridge many, many times but it’s rare that I have been able to stay for more than the day of my gig so I am particularly thrilled to have the opportunity to be a part of the event for the full weekend and to immerse myself in the rich culture of Cambridge Folk Festival. I can’t wait to get stuck in!” Jon Boden

Another innovation leading into 2017’s Festival is The 1965 Club Membership Scheme. Starting life in 1965, the Festival has gone on to become one of the most prestigious folk festivals in the world and enjoys sell-out success year after year. Now, it is offering loyal supporters three different types of membership, each providing various benefits such as priority booking and discounts, with the donations raised going to support the Festival’s unique work with new and emerging musicians.

Artist development has always been central to the values of Cambridge Folk Festival, as evidenced by dedicated emerging talent stages The Den, The Hub and the Club Tent showcases, which have hosted artists including Jake Bugg, Newton Faulkner, Seth Lakeman and The Staves early in their careers. The 1965 Club will help to nurture the next generation of headliners. More information here:
https://www.cambridgelivetrust.co.uk/folk-festival/folk-festival/memberships

“Cambridge Folk Festival is renowned for its genre-defining programme which gives our audiences a chance to broaden their taste in music and see the next big thing before anyone else. We are very excited to be working with our new Guest Curator Jon Boden who will bring his unique artistic vision to the 2017 line-up, and I hope that lots of our loyal folks will want to help support our work with emerging artists by becoming members of The 1965 Club.”Steve Bagnall, Managing Director of Cambridge Live.

About the Festival: Cambridge Folk Festival is held over four days in the picturesque grounds of Cherry Hinton Hall. Celebrated for its relaxed atmosphere, excellent facilities and diverse programme, the Festival brings together the best of folk in its broadest sense, from international stars to breakthrough new artists and special one-off performances, talks and workshops across several stages. Previous headliners have included: Joan Baez, Nick Cave, Ray Davies, Buddy Guy, Christy Moore, Van Morrison, James Taylor and The Waterboys amongst many others.