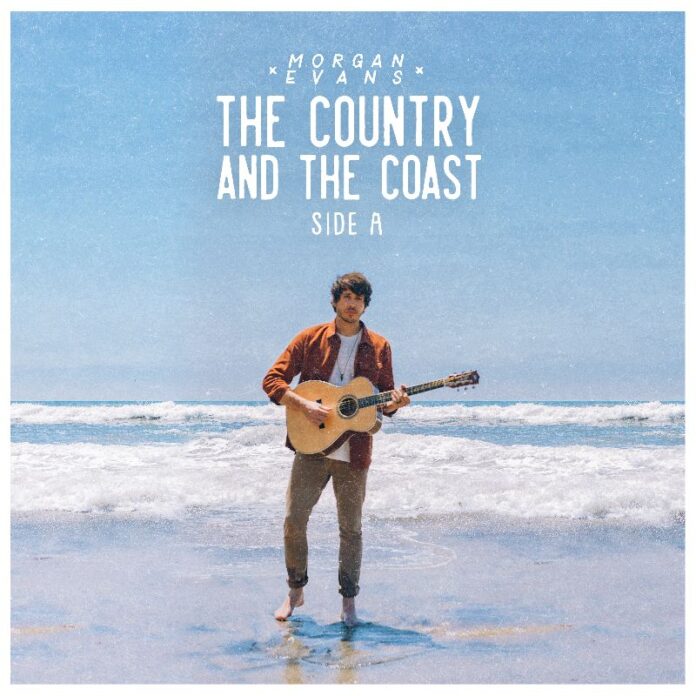 Australian-born country star Morgan Evans has announced his own headlining show performing at the Lafayette in London on July 14 (BUY TICKETS HERE).

Joining Brad Paisley for additional European dates immediately following, it marks the first time Evans has performed in the UK since 2019. Later this summer, the Warner Music Nashville recording artist is also set to headline Australia’s biggest country festival, CMC Rocks at the end of September 2022. The 15th anniversary show will serve as a homecoming performance for Evans, who was born in Newcastle, New South Wales, Australia.

Evans will be performing fan-favorites along with songs off his brand-new EP, The Country and the Coast: Side A (LISTEN HERE).

After years of touring as a solo artist with a loop pedal, Evans teamed up with award-winning producer Dann Huff and returned to his roots by building his sound around a full band experience. The project features his recent single, ‘Country Outta My Girl’ and also ‘Love Is Real’, which spent nine consecutive weeks at No. 1 on Australian country radio.

The new music builds outward and upward from the foundation Evans created with his debut album Things That We Drink To, which was awarded Best Country Album at Australia’s ARIA Music Awards and arrived Top 10 on Billboard’s Top Country Albums chart in the US. The LP’s track-list includes the fan favorite song ‘Day Drunk’, which spent 25 weeks at No. 1 in Australia, and also his first No. 1, Gold-certified US single, ‘Kiss Somebody’.

A rising international star, Evans has forged a path as one of the genre’s most promising stars, earning nearly 700 million global career streams to date. Chosen as one of Country Radio Seminar’s renowned New Faces of Country Music in 2020, he has also been named to People‘s elite “Ones To Watch” list, MusicRow‘s “Next Big Thing” list and Bobby Bones’ “Class of 2018,” with additional recognition from CMT, SiriusXM, Pandora, Rolling Stone, Billboard, The Tennessean and more.

Already established as a global country force, the singer / songwriter and entertainer has teamed up with Apple Music to share his global perspective on the genre and showcase performers from all over the world on Country Wide Radio with Morgan Evans. He has toured with artists including Taylor Swift, Dan + Shay, Cole Swindell, Brett Eldredge, Old Dominion, Rascal Flatts and Chris Young in addition to sharing his own one-of-a-kind headlining show with sold-out audiences spanning eight countries across three continents.