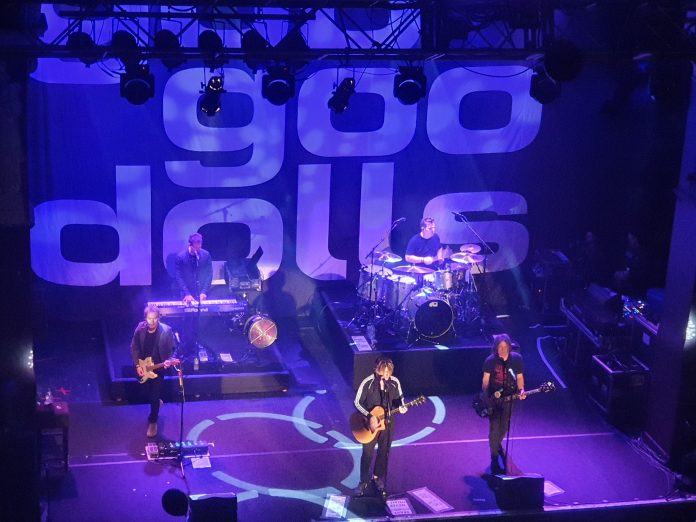 Usually it is a line, let’s be honest. But Rose Yagmur – a woman you sense means every word at the best of times – has a point when she says: “This is amazing, for a little band like us….. Thing is, the Reading four piece have taken it all in their stride. Not overawed in the slightest at seeing a packed venue, instead they tear into their half hour as if lives depend it – and to be fair, it could alter their future. Their scuzzy, punky, indie 90s rock takes in all kinds of things, not least “Playing With A Gun” with its impressive chorus, elsewhere, “Oh Well” and “Louder” sort of recall The Wannadies and the likes, but in a set that seems important for all kinds of reasons, then nothing seems more vital than the last one. “Hear Me Out” is about “being gay and proud – like me” says Yagmur, who ditches her bass for the duration, instead smashing a tambourine and jumping off stage to meet the front rows. Valeras have a youthful energy and an air of unpredictability that suggests this is far from the end of the road for them, and they may well blossom into something with proper individuality. 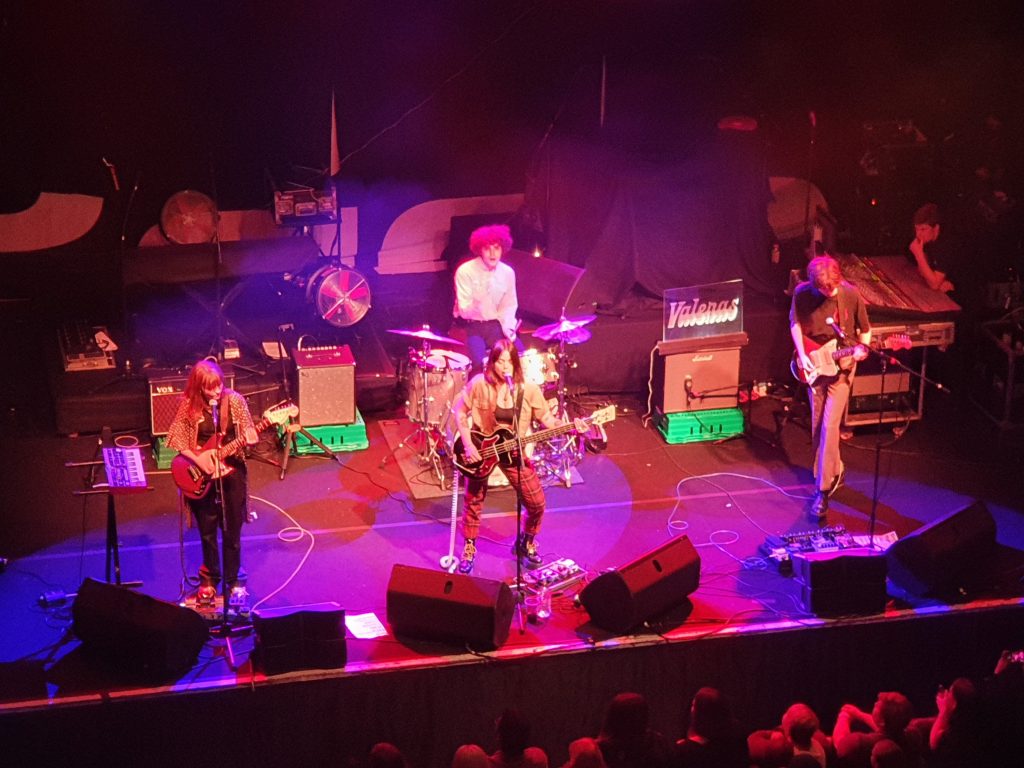 On a night for honesty, you can’t fault John Rzeznik’s. The man who, along with Robby Takac has helmed the Goo Goo Dolls for over 30 years, knows what he is meant to say: “Hey Birmingham!” He yells, after the classic “Slide”, third song in if you please. “We’re so glad to be here! It’s warm in here ‘cos we’re altogether…..”

That’s what bands do, right? Except it’s freezing outside and sleeting. Rzeznik stops, smiles and says what he really thinks: “Man, I am not gonna bullshit you people. I am fucking freezing!”

In that spirit, I’ll tell the truth too.

Until “Miracle Pill” the bands 11th and latest record, arrived in the MV inbox last year – and the title track is the one they play after the temperature revelation – it’d been at least 15 years since I had listened to GGD.

I’d been a massive fan in the late 90s. “Dizzy Up The Girl” (just the 4.2 million records sold in the US) in general and the single “Slide” in particular, along with The Gin Blossoms and Counting Crows had defined the greatest unrequited love affair in the history of the world that went on throughout the period in my head, then I’d gone back and listened to the metal records they’d started with.

Fast forward 22 years, and I am sitting here tonight singing the words to these songs,  stuff like “Black Balloon” and “January Friend” like they’ve been on my iPod every day since. That, right there, is the mark of brilliant music. They stick with you.

And a thought strikes. That story of the girl who wouldn’t remember me and who I haven’t seen in two decades. How many people here have something similar? Some connection with GGD like that?

Who knows, probably loads. What I do know is that this version of Goo Goo Dolls is in astonishingly good form tonight.

Starting with a new one “Indestructible” is a good move, given that it immediately gives notice that this is not a nostalgia trip. Rightly so, because they have plenty to offer and plenty to say.

They’ve always been hard to read. Their early records were proper heavy affairs, for all they became later, and when they play “Fallin Down” – on which keyboard man Jim McGorman excels –  or when Takac sings “Another Second Time Around” you remember the rawness of the material, certainly the contrast with “Fearless” – the anthemic affair from “…Pill” is stark.

But then, what we are witnessing on this stage tonight is the natural evolution of an underrated band. The breadth of their stuff is shown in this 95 minutes. “Stay With You” is superb,  and the screeching solo of “Autumn Leaves” from the new one makes for a great crescendo ready for the encore.

Except there isn’t an encore. And how can you not love the fact that this, a massive rock band by any definition, doesn’t need its ego stroking by going off and on again to get applause?

They do, of course, have “Iris” in their back pocket. Number one all around the world and millions and millions sold. It’s a mega hit, and it sounds huge, but you know what? “Broadway” is better. And it is alive tonight, it still is. The passion. The desire for the music, the pride in the performance.

How do we know this? Well, this is just a guess, but Rzeznik seems angry when the Harmonica part of the song doesn’t work. He throws the instrument, and if he could have launched his guitar at somebody at the end, then I am going to guess he’d have done that too. Settling instead for throwing it down.

I have no idea why he was upset, because let’s be clear, Goo Goo Dolls were brilliant tonight. In a way though, if he was upset that proves why. Because at a stage of their career when they could realistically, just find some anniversary and an excuse to play an album all the way through, they’d much rather keep pushing forward.