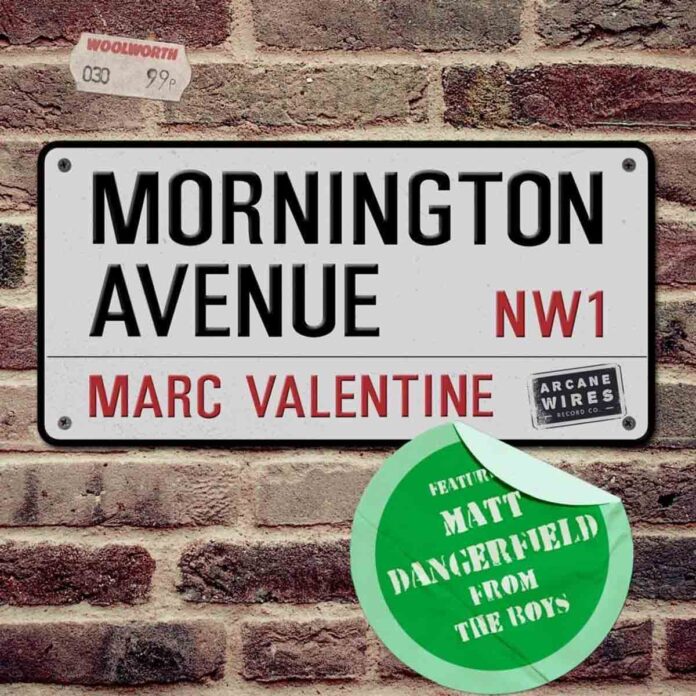 As frontman of cult British power-pop outfit  Last Great Dreamers, Valentine has brought sparkle to venues and turntables alike with his distinctive vocals, wry charm and songbook of secret classics. Now, with his favourite guitar in tow, he’s heading out on a solo adventure, loading his flight case with a fresh set of tunes, and polishing the trademark twinkle in his eye.

Says Marc: “I was really thrilled to get the chance to collaborate with Matt Dangerfield on this track. I’ve always been a huge fan of The Boys and Last Great Dreamers opened for them on a couple of shows before first lockdown. I knew that this song would be perfect for one of Matt’s trademark riffs and it’s one of my favourite songs on the album. It’s an ode to the halcyon days of starting out as a band in Camden. I remember the innocent bravado thinking we could take on the world. Those times were magic – I sometimes get the lang for those simpler times, but inevitably time passes and the memories do start to fade.”

Debut solo album Future Obscure sees Valentine building on his past while expanding his sonic palette, to craft a collection of should-be hits – 7-inch-shaped songs that move both body and mind. Recorded and produced by Dave Draper (Wildhearts, Professionals), and featuring collaborations with Wreckless Eric and The Boys’ Matt Dangerfield, this is a reflective, sometimes defiant album in the golden-era tradition – a pop record from the heart, packed with songs to holler, heal and hold.