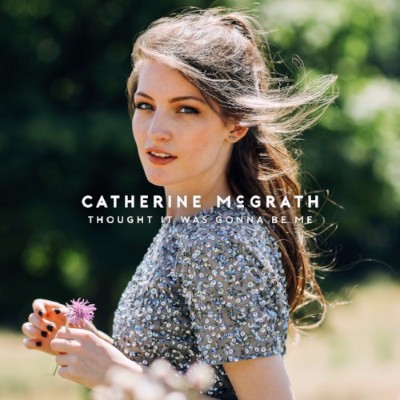 Catherine McGrath has today released her brand new single ‘Thought It Was Gonna Be Me’, which has become her ninth consecutive New Music Friday UK playlisted track on Spotify.

It is the second single taken from her debut album, which is being released in spring next year via Warner Bros. Records.

The release comes ahead of her UK tour supporting US megastars Dan + Shay, which starts on Tuesday (28th November) at London’s KOKO.

Catherine has just completed a UK run with Irish duo Picture This, which included a show at London’s Shepherd’s Bush, just one of many tours Catherine has embarked on this year. She has also supported the likes of Kelsea Ballerini, The Shires, Canaan Smith, CAM and Una Healy as well as played a number of festivals from British Summer Time, Hyde park, to C2C and Boardmasters.

‘Thought It Was Gonna Be Me’ follows Catherine’s previous single ‘Talk Of This Town’, which premiered with The Independent and secured her first airplay on Radio 1.

Her song-writing abilities have seen her work with top names in Nashville and in the UK including Steve Robson (One Direction, Take That), Liz Rose (Taylor Swift) and Jimmy Robbins (Kelly Clarkson, Miranda Lambert), with some of the tracks featuring on her previous two EP’s One and Starting From Now and on the upcoming album.

Country and pop fans across the UK and Ireland are falling in love with the young singer as she continues her rise as the next big thing in the genre. She recently performed a Stageside Showcase in conjunction with the leading Instagram account @London, which has over two million followers.

Her performance was live streamed on Instagram and saw over 150,000 people tune in to watch, resulting in it being the most-viewed live video on Instagram in the UK that day.