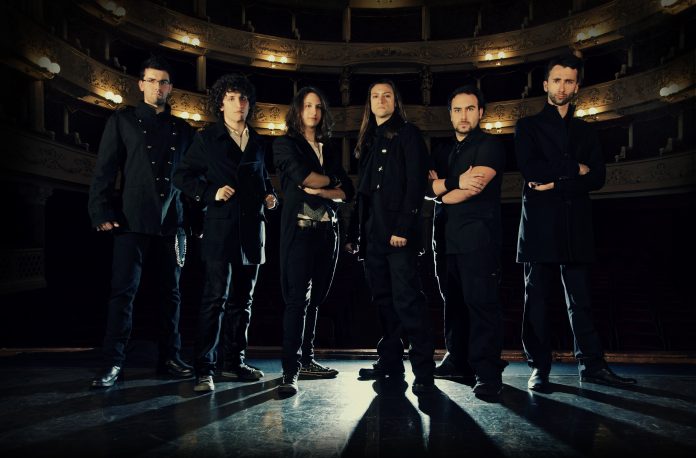 Italian power metal band, who have toured with Elvenking, released their new album this week

You will have to forgive the Cinderlla lyric in the title of this article! Winterage is nothing whatsoever to do with Tom Kiefer and the boys.

What they are in fact is a Symphonic Power Metal band born in 2008 from an idea of violinist Gabriele Boschi and keyboardist Dario Gisotti. Together with guitarist Riccardo Gisotti, the band immediately started writing in a Power Metal style with classical and traditional metal influences.

In 2010 the line-up is enhanced by the entrance of drummer Davide Bartoli and bassist Matteo Raganini, and the band starts a local live activity and built a reasonable fanbase.

In April 2011 they produce their first 6-track EP, which was acclaimed by both fans and critics.

In 2012 the line-up is finally completed by singer Daniele Barbarossa, and new songs were written, with a full Symphonic Power Metal sound: the band publishes the single “Forest of Consciousness”, as part of the soundtrack of an independent horror film.

Between 2013 and 2014 the band prepared for the launch of the first LP, and the live activity goes on with several gigs, among which the one with Elvenking at the Traffic Club in Roma and the one with Dark Moor at the Colony Club of Brescia.

In 2014 the band starts the recording of the debut album for the Nadir Music label, under the guide of Tommy Talamanca.

The result is “The Harmonic Passage” and the band say it “is an impressive, accurate work which lasted more than took more than six months to complete: a real symphonic orchestra was recorded, comprising 40 elements, enriching the songs with majestic orchestral and choral arrangements.”

The album is out now on Nadir Noise