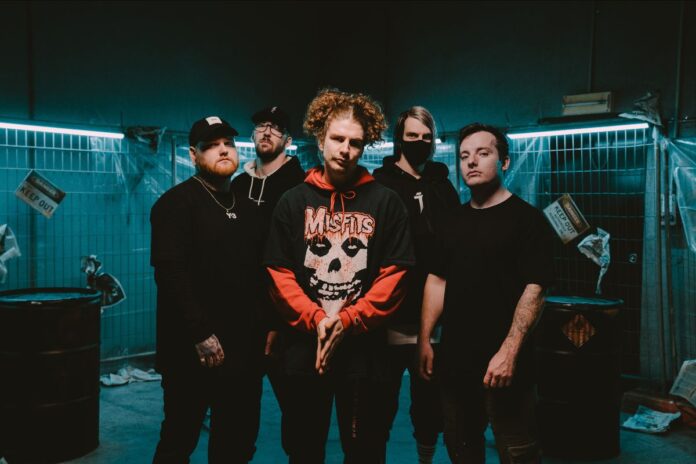 Aussie metalcore powerhouse Alpha Wolf have revealed the second track from “The Lost & The Longing,” their upcoming split EP with Holding Absence. The new single, titled “Hotel Underground,” is a sub-3 minute flurry of despondent destruction that takes aim at wilful bystanders.

Check out the new video for “Hotel Underground” now at: https://youtu.be/CoOsjFUCyNI

Vocalist Lochie Keogh comments “Whenever some bomb drops there’s always those motherfuckers on the side that narrowly avoid the fallout, taking their survival as a flimsy proof of innocence, sitting with their hands over ears crying ‘la la la la.’ Roaches, rats, locusts, pests, rodents, open your ears and listen to me, your time is coming and I’m bringing it to you.”

“The Lost & The Longing” will be released on the 15th August through SharpTone Records (RoW) and Greyscale Records (Australia and New Zealand). The EP includes four new tracks, two of which feature collaborations between both bands.

‘The Lost & The Longing’ Tracklist