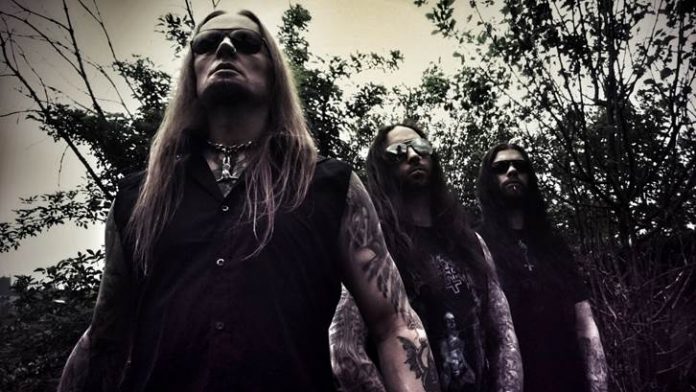 Austrian death metal force want you in their bunker

Front-man Helmuth states:
“We’ve just finished the fourth rehearsal session. The process consisted of 13 exhausting, creative days in a row. Nine compositions took form and already sound massive. It’s important to me that we get better, tighter, raise the dynamics, and have each musician develop his skills with his instruments to bring our sound to the next level. We’ve always done our own thing and continue to do so.”

“Live ceremonies are still the essence of Belphegor, touring worldwide is our main priority after writing and releasing new musick for our loyal supporters. The new, currently untitled album will be our most obscure and brutal one. It’s the first time we’ve tuned our guitars to H5 and ‪#‎A6, which is really low, and will add a new touch to our sound. Release date will be in April 2017! We’re forever on fire and ready for new challenges. Progress is experimentation and improvement. An honour – this horror.”

Check out this exclusive clip of Belphegor playing ‘Totenkult – Exegesis Of Deterioration’ recorded live inside their “rehearsal bunker”.
This scorching death/black metal track will be included on the upcoming album scheduled for an April 2017 release. Crank it to the max and go to hell with them:

Belphegor are playing several European festivals this summer, followed by some US dates across the autumn. They’ll be returning to the UK later in 2016/early2017.