GO DOWN IN HISTORY 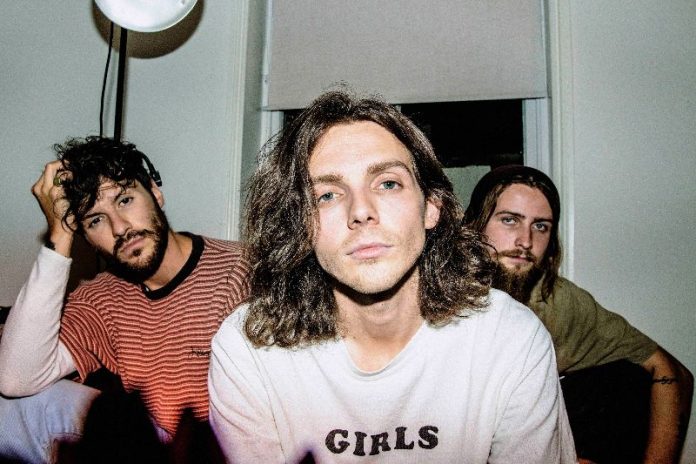 Equipped with thick and fuzzy bass, solid and steady drums, delectable guitars and gritty dynamic vocal delivery, ‘History’ shines a bright light on the gritty and gloomy side of the band.

Lead singer / guitarist Mykl comments, “It’s about accepting responsibility and working out what your own role in things was, and what you could have done differently. Putting your hands up and saying I was to blame too. Righting some wrongs in a very passive way.”

Channelling the infectious swagger and monolithic angst of 90’s grunge, Sick Joy are spearheading revival of the genre, lacing every angsty punch with a potent dose of irresistible anthemic power.

‘History’ is a standalone single that follows the release of their new EP Them Days, featuring both of their previous singles ‘Vibe Sucker‘ and ‘Shoot Your Lover.’ The band have been on the receiving end of tremendous support from the likes of Radio 1, 6Music and Radio X, as well as countless publications including Kerrang, Clash and Upset. “It’s all in its name,” explains Mykl. “All of the songs were written around the same time, a period of a few months, which was kind of heavy but defining. They’re all hashed together parts of things that were going on around and how they affected myself, the other guys, the band, everything really.”

“All of the artwork across the releases are from the walks I took at night to just take in some real life and breathe. A lot of the lyrics and stuff were written on those walks so it’s like a tour of its infancy. We had a space we played in and the songs came together properly up there too so each step of it coming together was really segregated from everything else.

“We went back up north to record and got a house too. We all lived together with our producer too and just lived it. We tried not to care about being a 3-piece band and just wanted to make a good record that we really dug. Something that was different from what we normally are but that we still enjoyed. I’m really proud of it and I can look back on everything that went into making it both good and bad, and be happy. That’s the whole point really.”

The releases come after a great start to the year, which has seen the band winning over new fans as they played with Dinosaur Pile-Up, Demob Happy and Pagan, as well as playing killer sets at The Great Escape, This Is Tomorrow festival, Live At Leeds and more.

The band will be heading out on a headline tour November with shows all over the country including in Newcastle, Glasgow, London and Bristol.