GIVE US A NEW WAVE 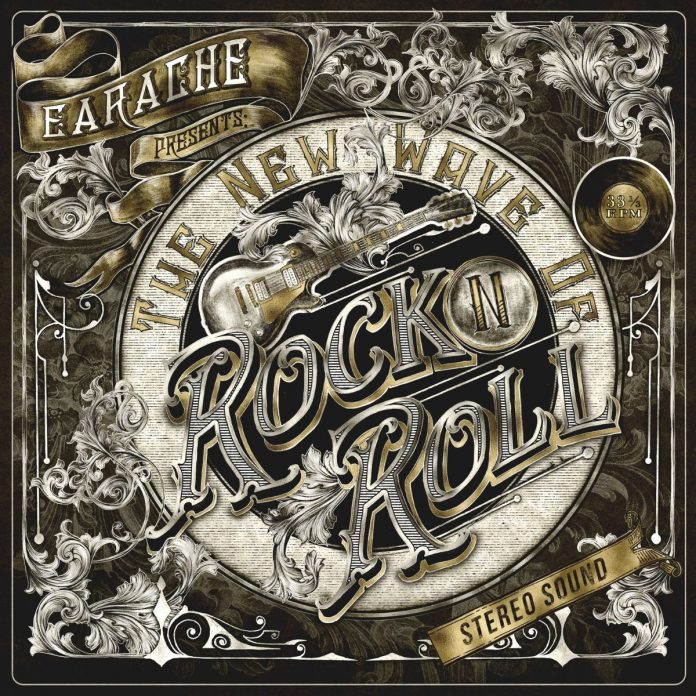 With a long history of breaking fresh rock talent, Earache Records presents a taste of what’s happening in rock n’ roll  today with the ‘New Wave of Rock N Roll’ compilation – a vinyl only release packed with new talent – released on Fri 13 March 2020 and available to pre order now at http://www.earache.com/nwornr

The compilation is the brainchild of Earache boss, Digby Pearson, who said of the album, “When you hear that Chelsea Dagger by The Fratellis is being sung in Tory HQ you kind know its time for a new type of rock movement, a new wave!”

He continued, “We have worked with, and helped break, some great rock talent in the past, including, Rival Sons, The Temperance Movement, Blackberry Smoke, Massive Wagons and more recently, Goodbye June and Those Damn Crows, amongst others. We are hugely proud of the work we have done with those acts, but we are still a small independently run label, with a finite resource, so my old-school brain harked back to the pre-internet days of rock compilation vinyl albums and I thought it would be cool to release something along those lines.”

Digby went on, “I got the team here at Earache to go away and find the songs they LOVED, not just which had the most streams or the most followers. And of course, we came back with a VERY LONG list of talent, and it’s a shame we can’t feature them all. However, we think we have chosen 15 of some of the most exciting music out there, not only that there’s a healthy gender mix too. We want Earache to provide a vehicle for TALENT, full stop, no matter your race, gender or beliefs.

Such talented people like Verity White, Loz Campbell, Tomorrow Is Lost, deserve to be heard. While the likes of Jack J Hutchinson, Piston and Gorilla Riot are re-imagining the sounds of before into the sounds of tomorrow. All the acts of this album are on the cusp of something great.”

To further promote the album and live rock in general, Earache Records have team up with the Academy group and will stage a NWORNR live showcase at 02 Academy Islington, on Sat 10 March, featuring 4 of the acts that appear on the album…