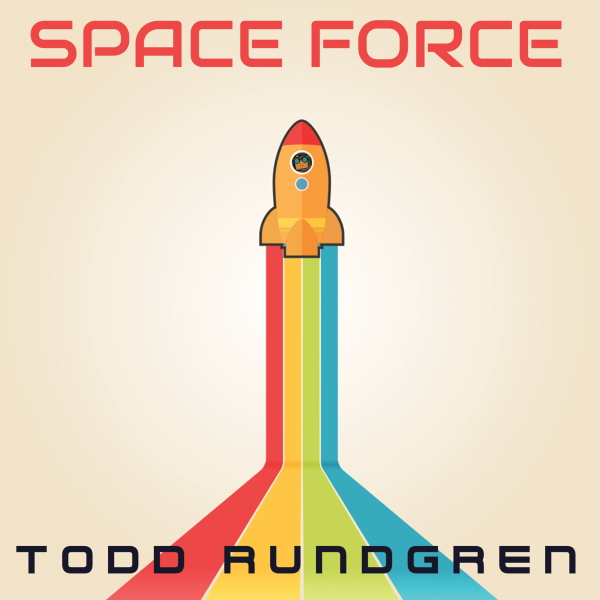 Todd Rundgren will share a new album of collaborations titled Space Force next Friday October 14 and to celebrate the final few days until release, Rundgren has offered an early look at “I’m Not Your Dog” from the out-of-this-world twelve-song collection. Teaming with Thomas Dolby – the “She Blinded Me With Science” chart-topper turned music technology pioneer – “I’m Not Your Dog” is a cathartic rallying cry against society’s most formidable tools of oppression (religious, political and financial) that leave so many feeling lost. Over pulsing bass lines and swirling synths, the collaboration fuses an unwavering, iconoclastic vision with Rundgren and Dolby’s unique gifts for melody and production.

Listen to Todd Rundgren and Thomas Dolby’s “I’m Not Your Dog” here and watch the accompanying head-turning visual from Kiron Hussain here: https://youtu.be/zVJ7zq3qDj4

“I’ve known Thomas since before we were the two most famous musicians working in Silicon Valley,” says Rundgren. “All he had was an MP3 demo, but I liked the song enough to do an entire restoration, sometimes replacing or shadowing instruments and vocals to restore the audio spectrum.”

“I’m Not You Dog” follows the release of Rundgren’s Space Force collaborations with The Roots (“Godiva Girl”), Weezer’s Rivers Cuomo (“Down With The Ship”), Sparks (“Your Fandango”), guitar extraordinaire Adrian Belew (“Puzzle”) and rapper Narcy (“Espionage”) with additional tracks to come featuring The Lemon Twigs, Steve Vai, Crowded House’s Neil Finn, Davey Lane, Alfie Templeman and Rick Nielsen of Cheap Trick. Rundgren’s relationships with these collaborators range from decades-long friendships to recent internet connections; having bonded with Thomas Dolby decades ago over their shared space as innovators and early adopters of new technology in music. Dolby has been a leader in the virtual reality space since the early 1990s and currently is a professor of Music For New Media at Johns Hopkins University. For his part, Rundgren was behind some of the first-ever music videos (“Time Heals,” 1980) and commercial music downloads (1992) as well as the first online direct artist subscription service, “PatroNet” (1998).

Rundgren will continue to tour North America through the end of the year, adding a new leg to his year-long run with Daryl Hall while also paying tribute to his legendary friend on the “Celebrating David Bowie” tour with Space Force collaborator Adrian Belew (and guest appearances from Thomas Dolby on the October 31 and November 1 shows).