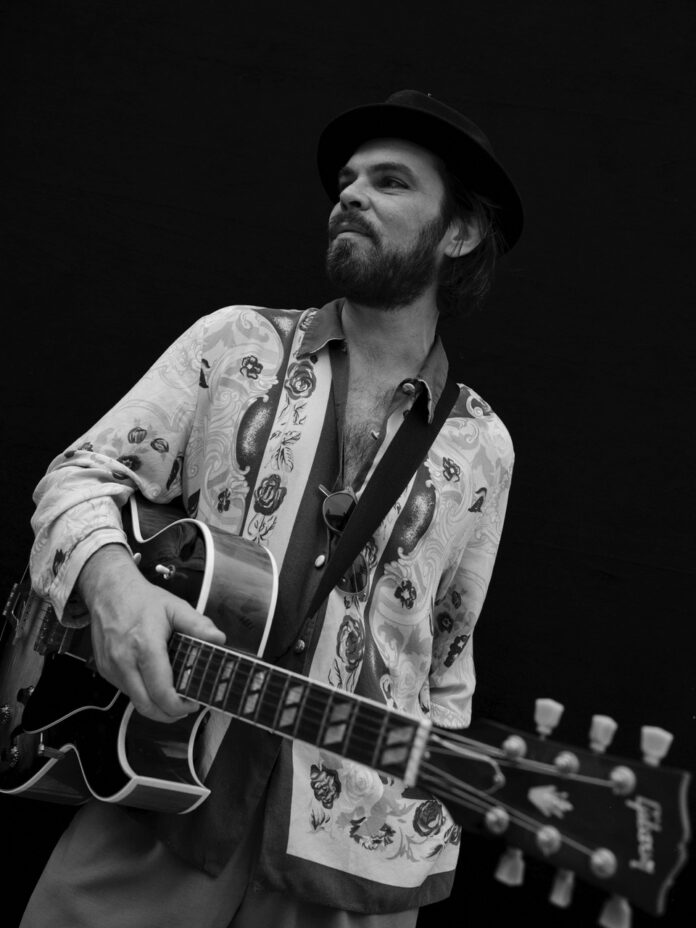 Ahead of the release of his forthcoming solo album ‘Turn The Car Around’, due January 13th 2023 via Hot Fruit Recordings / Virgin Music, Gaz Coombes has announced headline tour dates across the UK and Europe beginning in March 2023. The dates will see Gaz performing with his extended live band, Garo Nahoulakian, Nick Fowler, Piney Gir and vocal trio The Roxys (a nickname given to them by Nile Rodgers when they shared the bill at a Later with Jools show), all of whom feature as guest musicians on ‘Turn The Car Around’.

The news comes amidst a wave of live activity around the release of ‘Turn The Car Around’. This week Gaz performed a sold out show at London’s intimate Lafayette to debut music from the new album, a first taste of the masterfully written and recorded songs contained within, and a timely reminder of why Coombes remains one of the UK’s most enduring and gifted songwriters. Looking ahead to January, Gaz will perform a run of special album release shows at record shops across the UK.

Added straight onto the BBC Radio 6 Music playlist upon its release, the elegantly constructed new single ‘Don’t Say It’s Over’ follows a swirling, art-rock groove as Gaz recalls the heady first night he met his future wife. It’s a first glimpse of a record seven years in the making. A record of feeling, an album that captures the ups and downs of modern life and all the small print in between.

Written and recorded in his gloriously ramshackle Oxfordshire outhouse Studio, Gaz has emerged with the best work of his illustrious career. It’s an album that both taps into the sonic palettes and lyrical themes of its predecessors and marks the third and final part of a trilogy of records alongside 2015’s Mercury and Ivor Novello nominated sophomore album Matador and 2018’s World’s Strongest Man. At the same time, it carves a bold new way forwards. “There’s a lot of subject matter in there that I’ve played with and maybe not managed to see through in the past. I’ve evolved”, Gaz adds.

Following a rapturously received stint back fronting his iconic group Supergrass, the acclaimed live reunion ended on September 3rd with the band’s final ever appearance at Wembley Stadium with their emotionally charged set at the Taylor Hawkins Tribute Concert. The show, attended by 90,000 fans paying tribute to the late Foo Fighters drummer also saw Gaz appear on stage with Nile Rodgers for a cover of Bowie’s ‘Modern Love’ before joining Stuart Copeland for a cover of The Police’s ‘Every Little Thing She Does is Magic’. Ahead of those final summer Supergrass shows, April of this year also saw Gaz remind fans of his imminent return to his main job as a solo artist with a short run of underplay acoustic performances, including a packed Lexington show in North London. The shows gave fans a chance to hear Coombes road test new solo material from ‘Turn The Car Around’ including an adoringly received former single ‘Sonny The Strong’, another BBC 6 Music A-listed record upon its June release.

As he celebrates 10 years of his lauded solo career, riding the crest of the Supergrass reunion wave and looking ahead to a bold new album release in Turn The Car Around, Gaz Coombes will tour Europe and the UK on the headline dates below through March and April 2023.