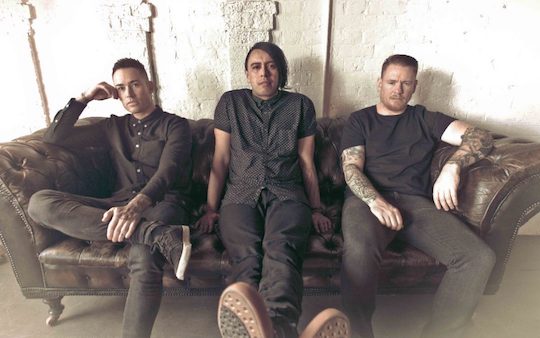 You can view the video that was premiered via Ticketmaster along with an interview about the tour.

The band have recently returned from a two year hiatus and have announced a line up shift consisting of their long time band member Aja Timu now fronting the band. Their 3rd studio album is due out in late 2017.

Earlier this year I Am Giant debuted a new single called ‘Dead flower’ that reached No 2 on the Spotify NZ Heatseakers Chart, was playlisted on a range of international Spotify Rock playlists including Rock Out, Rock This and Spotify Italy Novita Stadium Rock, as well as airplay on The Rock and Bayrock.

I Am Giant are kicking off the second half of 2017 with their explosive new single ‘Playing With Fire’ that is a stadium ready anthem for the ages. The confessional lyrics and soaring vocals mused with hypnotic guitar work create a song that will reestablish what I Am Giant have always been about; making memorable and soul-stirring music.

Paul Matthews says this about the track.
‘Playing with Fire is about just saying fuck it and not worrying about what others think of how you choose to live your one and only life’.

The accompanying video was shot by Adam Jones at Homegrown Festival earlier this year. ‘Playing live is our passion, and for years we have toured non-stop around the world. But nothing really compares to the Homegrown Festival crowd. We wanted to capture that with this video and thank all our NZ fans, especially the I Am Giant Army, for their constant support’ says Shelton Woolright.

Playing With Fire is now available on iTunes and Spotify

I Am Giant are also a live force to be reckoned with, as countless audiences around the world can attest. From headlining sold-out NZ and Europe tours, Big Day Out Auckland and Sydney, and Homegrown, to Tiger Translate parties in Vietnam, Camden Barfly, Levi’s Hong Kong, Quiksilver World Pro Bali, Big Night In Singapore, Viper Room LA, Mercury Lounge New York, British Surf Champs and supporting Taking Back Sunday in the UK,  Stone Temple Pilots in Singapore and Slash in Australia, I Am Giant have cut their teeth and tested their mettle on some of the world’s hottest stages.

Previous article
Toska Off
Next article
Hollywood Bowl Into The UK