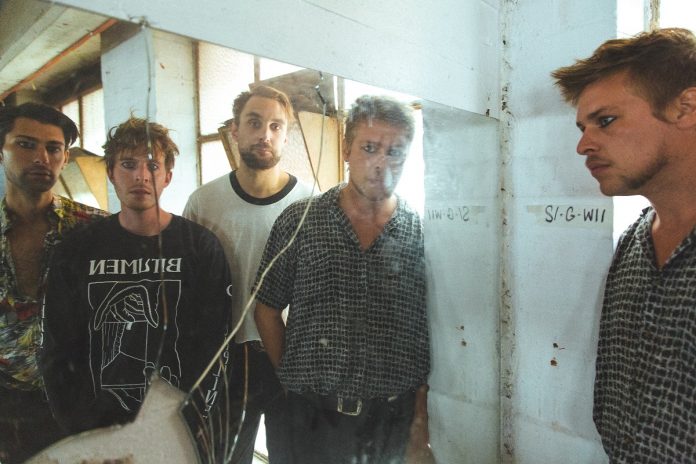 Tasmanian garage-punks, A.Swayze & the Ghosts have rolled out their epic, 10 minute tune today titled “Reciprocation“, found on the flipside of their debut 12” released on March 29th via Rough Trade Records, available to pre-order here.

Reciprocation is a cheeky but meaningful look at disjointed relationships that builds and explodes: “I want you, why don’t you want me back? I love you, why don’t you love me back?” A 10+ minute song on the b-side of your debut single isn’t a move for the faint of heart, but when it’s been written and recorded in a bedroom in the early hours of a freezing Tasmanian morning, what other offering is there?

The heartbeat of the drums acts as the only constant, churning through the song, battling both with and against Swayze’s meandering vocal delivery. Much like their live shows, it is chaos: but with a devastating need for cementation and control.

Following their driving lead single “Suddenly” (watch video) Reciprocation is the second new offering from a band that have grown with the DNA of legendary artists such as Iggy & The Stooges, Television, Fugazi, The Ramones and The Saints. They will be making the long journey to the UK in May (possibly the longest?) where they will play The Great Escape Festival and UK shows from the dates below. Don’t miss them…

See A.Swayze & the Ghosts live on their debut UK tour:

Pre-order the vinyl at http://rtrecs.co/suddenly.