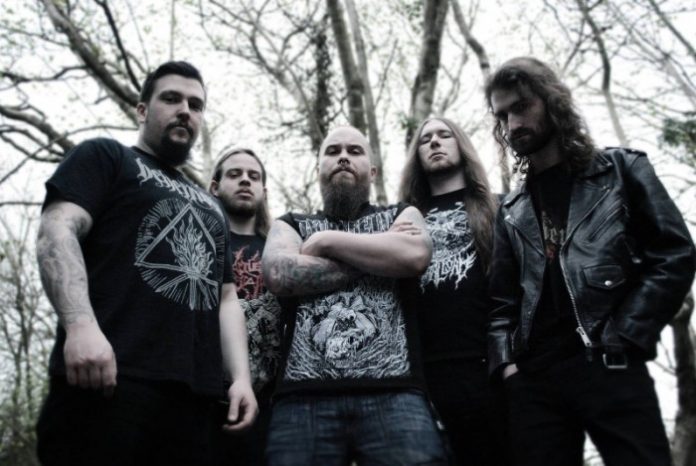 Having laid low since the end of 2014, just last month Northern Irish death metallers Rex Shachath suddenly announced their return with a brand new record which will be out November 20th via French label Great Dane Records.

Now we can unveil the first taste of what to expect from the EP as the band unleash a brand new music video for title track.

Vocalist Dave Connolly comments of the track, “This song sees those in positions of power overthrown and put to the sword by man who has endured the oppression of those who would see humanity and the natural world struggle beneath them while they profit from the destruction of man and the earth.”