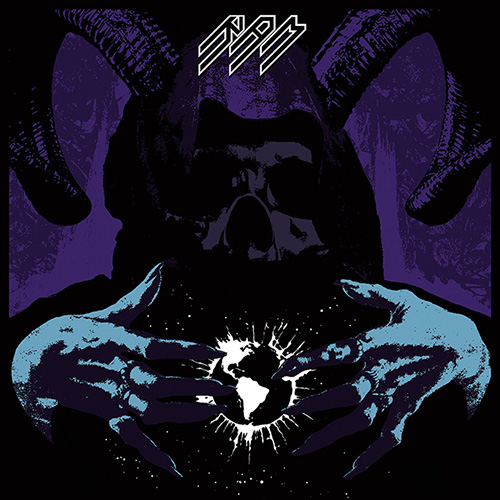 Swedish heavy metal defenders (of the faith), RAM, dropped the molten fruits of their Svbversvm full-length upon the masses last Friday via Metal Blade Records. Brimming with fist-pumping hymns of death, post-apocalyptic dominance and total devastation through iron, RAM‘s fourth studio offering was self-produced at Black Path Studios, mixed at Welfare Sounds by Olle Bjork, Per Stalberg, andRAM and mastered by Daniel Johansson.

As a special precursor to its release last week, today Noisey hurls forth Svbversvm in its anthemic entirety noting: “Each track on the nearly hour-long album is a master class in traditional heavy metal (dosed with just a snort of vintage speed) that promises to bang the head that does not bang, from ‘The Usurper’ (which liberates that combination of words from their Celtic Frost-forged chains to deliver a fist-pumping revenge anthem) to the sky-scraping falsetto vocals and wailing NWOBHM licks on the title track.”

Bang your heads in unison to the sounds of Svbversvm, courtesy of Noisey at:http://noisey.vice.com/blog/ram-Svbversvm-stream