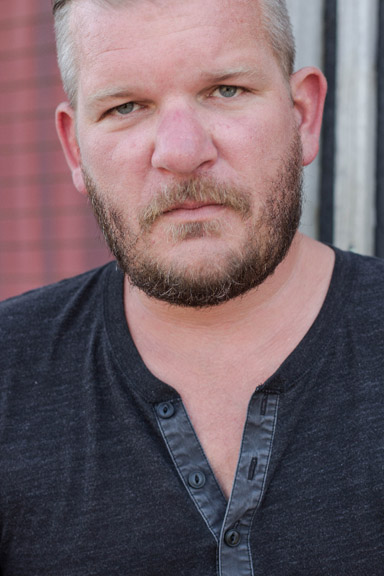 This autumn the Denton, TX-based band Rodney Parker & 50 Peso Reward will be releasing their long awaited follow-up to their last two studio EPs (The Apology: Parts 1 & 2). Entitled Bomber Heightsthe singer-songwriter-guitarist is also joined by original 50 Peso Reward bandmembers Brooks Kendall (bass) and Danny Skinner (guitar, banjo), as well as a number of other great collaborations of friends old and new. These include Zach Galindo (lead guitarist on all previous RP50PR records),Gabriel Pearson and Hank Early (both current members of Turnpike Troubadours), drummer Grady Don Sandlin (RTB2, Raised Right Men), along with Daniel Creamer (Jonathan Tyler), Andy Rogers(Raised Right Men) and Adrian Hulet (formerly of Oso Closo). Renowned producer Matt Pence(Centro-Matic, Justin Townes Earle) worked his magic on the record.
This album also follows RP50PR’s previous three full length albums: their 2005 debut Blow the Soot Out, acclaimed 2008 sophomore effort The Lonesome Dirge and Live in the Living Room from 2011, a live acoustic album recorded in front of 30 of their closest friends and family.
Parker shares the inspiration behind the album’s title as well as the direction of the new music, “Since recording and releasing The Apology: Part 2 I moved from Denton to Fort Worth, to a neighborhood called Bomber Heights. It was a reset for me personally that also coincided with a change in philosophy within the band. Whereas with the last couple of releases we tried to stay within the rules of radio and commercial success, with Bomber Heights we decided that we don’t give a sh*t about anything anymore except making music that we believe in. And come what may.”
Parker’s sense of songcraft along with his warm vocals are in top form, as is the dynamic that the Peso’s add to both rocker and ballad alike. From melodic numbers such as “Steppin’ Into Sunshine,” “The Road Between None and Some” and the lilting “Moon” to the sturdy Americana of “Night In My Hand” and “Skin and Bones” (a beefed-up roots-rock version that was originally performed on the Live in the Living Room album) this could, after over 10 years of writing and recording, arguably be the defining sound of RP50PR.
Rodney Parker & 50 Peso Reward’s Bomber Heights will be available September 16th on CD and digital formats.
RODNEY PARKER & 50 PESO REWARD TOUR DATES
Aug 26 – Bossier City, LA – Silver Star Smoke House (w/ Turnpike Troubadours)
Sep 23 – Dallas, TX – City Tavern
(additional dates to be announced soon)
FOR MORE INFO ON RODNEY PARKER & 50 PESO REWARD:
http://www.rp50pr.com