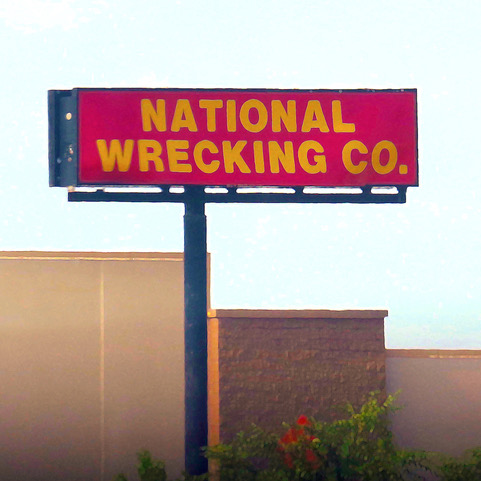 The National Wrecking Company featuring members of  The Lizards, Cactus, Humble Pie & The Plasmatics are releasing their highly anticipated debut album. The new release features one of the final recordings by guitar legend Bernie Torme, best known for his work with the Ian Gillan Band and Ozzy Osbourne, who passed away this year. The song is a bonus preview track from the upcoming National Wrecking Company II release “Overture/Mechanized Confusion.”

A heavy diverse discourse on the current state of politics, war, religion and greed. The view from our vantage point of a global catastrophic claustrophobic dystopia.

All songs were written on bass first, then arranged by JZ Barrell. He also produced, recorded, mixed and mastered the album. The band features 2 guitarists; 23 year old shred prodigy Jesse Berlin and  Phil Bader, a 60 something finger stylist in the vein of  Beck and Knopfler. The bass is handled by Randy Pratt, best known for his work with The Lizards and harpist for classic rock legends Cactus! The drummer TC Tolliver is best known for his work with Wendy O Williams & The Plasmatics! Drums are also handled by Neil Cicione. Jimmy Kunes is featured on lead and backing vocals and Scott “The Doctor” Treibitz on keyboards.Together the National Wrecking Company crank out some weird and extreme metal!