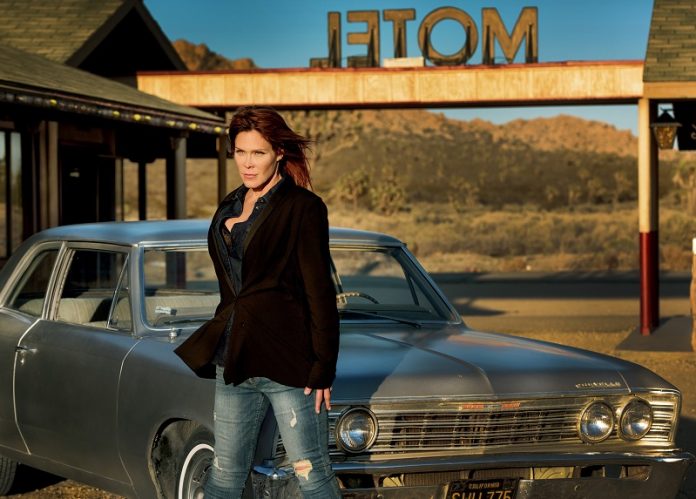 Beth Hart is back with a brand new video for the spring-heeled tune Let’s Get Together, taken from her critically acclaimed album Fire On The Floor.

Following her SOLD-OUT and critically acclaimed November 2016 UK tour, and the overwhelming response to her latest studio album, Fire On The Floor, Grammy nominated singer-songwriter, Beth Hart will be returning to the UK for 3 dates in October/November before returning with her band to embark on what is going to be her biggest UK concert of her career –London’s prestigious Royal Albert Hall on Friday 4th May 2018.

Beth Hart is on fire. Right now, the Grammy-nominated singer/songwriter is riding a creative tidal wave, firing out acclaimed albums, hooking up with the biggest names in music and rocking the house each night with that celebrated burnt-honey voice. In 2016, the headline news is Beth’s latest album, Fire On The Floor (out today on Provogue/Mascot Label Group): a release that even this fiercely self-critical artist describes as “pretty frickin’ good”.

Fire On The Floor is sure to build on her breakneck momentum. As the singer explains, this latest record gave her an emotional release following the bitter-sweet sessions for Better Than Home. If there’s a theme that ties these twelve songs together, it’s a sense of escapism following the hardest of times. “We were still in the mixing stages for that album and I knew I had to make another record. Making Better Than Home was so painful, because one of the producers, Michael Stevens, was dying of cancer. It was a very emotional record to write and to make. I wanted the songs for Fire On The Floor to get born real quick.”

Beth’s first call was to the acclaimed producer Oliver Leiber, who called a session at his home studio in Toluca Lake and drafted a crack studio band that included Michael Landau (guitar), Waddy Wachtel (guitar), Brian Allen (bass), Rick Marotta (drums), Jim Cox (piano), Dean Parks (acoustic guitar) and Ivan Neville (B3 and organ). “Oliver rounded up some amazing musicians,” nods Beth. “Michael Landau and Waddy Wachtel are legends, so when I found out we had them, I just couldn’t believe it. If you don’t have great musicians, you’re not gonna have a very good record, are you?”  “We recorded sixteen songs in three days,” continues Beth of the quickfire LA sessions, “but then we spent a long time mixing. Oliver is a brutally hard-working person, but he’s also incredibly sensitive and that combination works so great. He’s strong and focused, but still so vulnerable, and his heart is wide open. I’m so proud of what he did on this record.”

Take a spin of Fire On The Floor and you’ll see exactly why. These twelve new songs run the gamut of genre, reflecting Beth’s eclectic teenage influences, which took in everything from gospel, soul and classical to the seismic rock of Soundgarden. “As a writer,” she nods, “I feel really stifled if I’m trying to write in the same style. I just can’t do that. Growing up as a kid, I was raised all over the place stylistically, loving so many different genres.”

Fire On The Floor is the album that Beth Hart needed to make. Likewise, it’s a record that you need to hear. “I’m so pleased with it,” she concludes. “I recently had to organise the sequence of the record, and while I was doing that, I was thinking to myself, ‘Y’know, this is pretty frickin’ good…!'”