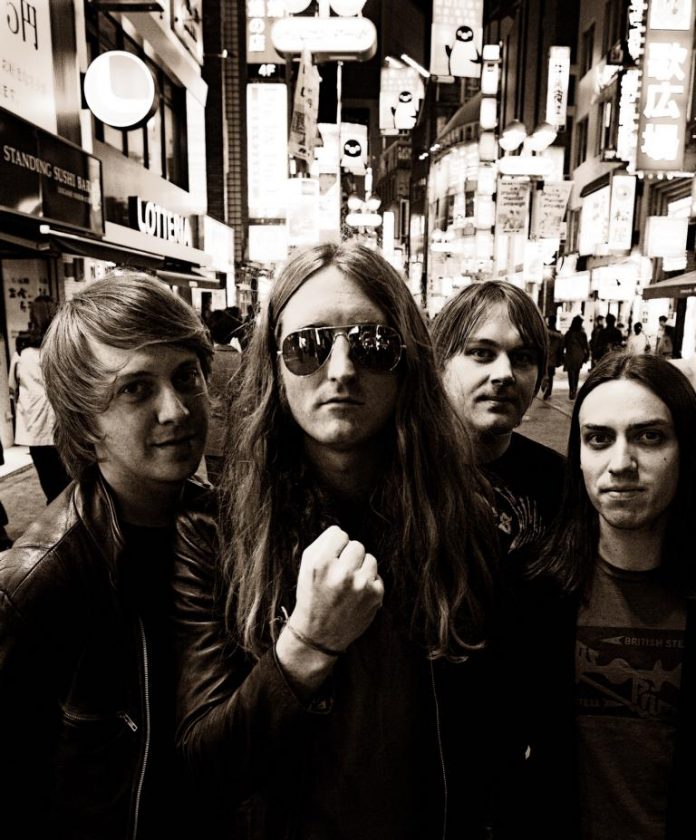 Salas is on the way

Rock`n`roll`s fuel are larger-than-life riffs, unforgettable melodies and the distinct smell of beer cans and the Route 66: At least when your name is The Answer and the Route 66 leads to Northern Ireland! After their successfull release of their latest album ‘Raise A Little Hell’ ( 2015 ) and in celebration of their 10-years anniversary in 2016,  Irish rockers in THE ANSWER have just unveiled some exciting news about a brand new and upcoming album titled Solas!

Set to be released October 14th 2016 on Napalm Records, singer Cormac just recently stated:
“So we’ve got this brand new record we’ve been working on for the last six months just about ready to go. It’s called “Solas” which is the Gaelic (Irish Language) word for “Light” and also the title of the lead track on the album. All I will say about this piece of work is that it’s a journey and one we’ve never really taken before so prepare yourselves for a few surprises. But don’t worry they are ridiculously good surprises…well I think so anyway. Oh and we’ll be giving you a few tasters of what’s to come when we take to the stage this Summer. It’s all good people!!”

In an exclusive interview with Pledge Music, the band is giving some indepth views into their upcoming and hotly anticipated record ‘Solas’, as well as 10 years of THE ANSWER.

To shorten the wait on their exciting new release, make sure to catch THE ANSWER and their pure rock n roll show live on the following dates: