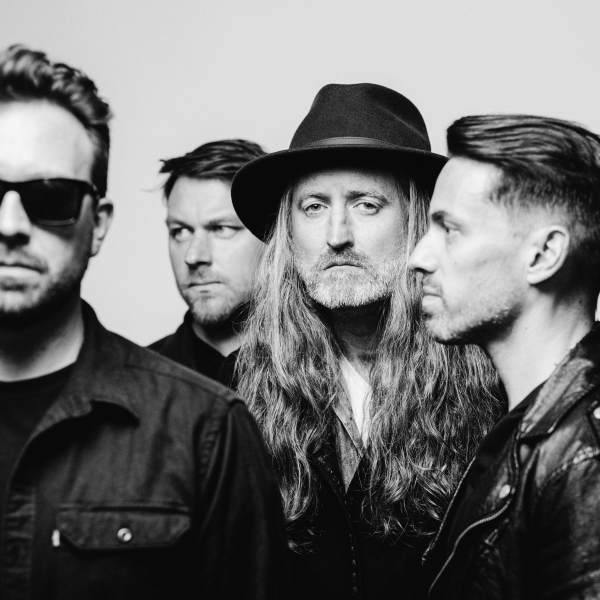 After a seven-year hiatus, Irish rockers The Answer are set to make their long awaited and highly anticipated return with an exclusive and sole 2022 comeback performance at this year’s Planet Rockstock festival, Dec 3.

Not only that but they are thrilled to announce a new album has been recorded and is due for release in 2023, produced by rising British rock producer Dan Weller (Enter Shikari, Bury Tomorrow) at the helm. The first single from the new record will precede their Rockstock performance and will give fans their first taster of the sheer dynamism imbued in the new music.

A fortuitous ‘how do you feel about writing again’ call from management in early Covid-stricken 2020 planted a seed that slowly gathered real pace as the band started sharing new ideas that felt exiting, fresh and relevant. The now triumphantly completed collection of work displays all of the band’s trademark raw attitude and lack of compromise. In their own words “It felt like we were back at the beginning again, a total reset’ says singer Cormac Neeson.

“We’ve been through a lot as a band, we’ve toured the world, made six great records we’re all proud of, given our live shows everything always and done our best to make honest and timeless music that connects with rock fans and music fans in general. After six albums and a lot of road miles we felt we needed to step back from it all and reset. Whilst that wasn’t an easy decision, with retrospect it possibly he best decision we’ve ever made because the end result is the album we’ve been waiting to make our whole lives…full of good time rock n roll and positive energy created by four brothers who quite frankly just really missed each other. We’re back and we’re ready to bring our best album ever to you!!”

Undeniably, The Answer – completed by perennially charismatic front man Cormac Neeson, iconic guitarist Paul Mahon and the powerhouse rhythm section of bassist Micky Waters and drummer James Heatley – have achieved a great deal in their career to be proud of.

Emerging into the rock world spotlight in 2005, their debut single Keep Believin’ became the subject of critical acclaim and led The Answer to the ‘Best New Band’ award at that year’s Classic Rock Awards. The following year, the young band consolidated that early promise with ‘Rise‘, a debut album that received universally great reviews and backed up their burgeoning reputation with fistfuls of gloriously anthemic songs like Under The Sky, Into The Gutter and Come Follow Me that delighted everyone from cantankerous classic rock fans to bright-eyed teenagers with a penchant for balls-out rock ‘n’ roll. ‘Rise’ went on to sell over 125,000 copies worldwide on the independent Albert Productions rock label, a startling debut achievement that ensured when the band released their second album, the mighty ‘Everyday Demons‘, three years later, the world was more than ready to embrace The Answer on an even greater scale.

The ensuing years saw the band cement their fearsome reputation, both as an astonishing live band and as rock’s brightest hopes, securing high profile support slots with The Rolling Stones, Aerosmith and a two-year stint on AC/DC’s 2008 Black Ice tour, which took them around the world and into some of the biggest venues on the planet.

“We were thrown to the wolves a lot of nights on the road with AC/DC and all we had to fall back on was the four of us playing together,” recalls mercurial guitar hero Paul Mahon. “We had to make it work and dig in really hard. It was a super time”.

In 2019, long time uber fan and international independent hard rock label Golden Robot founder, Mark Alexander-Erber, fulfilled a life-long ambition by signing The Answer to his Golden Robot Records to secure a brand new 7th studio album, due for release in 2023; a record which, in the words of Alexander-Erber will be The Answer’s “greatest balls out straight ahead rock album ever’, eclipsing the debut of Rise for power, songs and sheer attitude. To say I am excited is an understatement, for me it’s a life-long ambition and  privilege to work with these guys”

With over 300,000 catalogue album sales under their belt and considered one of the forebearers of what is now colloquially known as the New Wave Of Classic Rock, The Answer are now set to return in 2023 with a triumphant 7th album which they believe is without doubt their best yet.