Get Ready To Fight 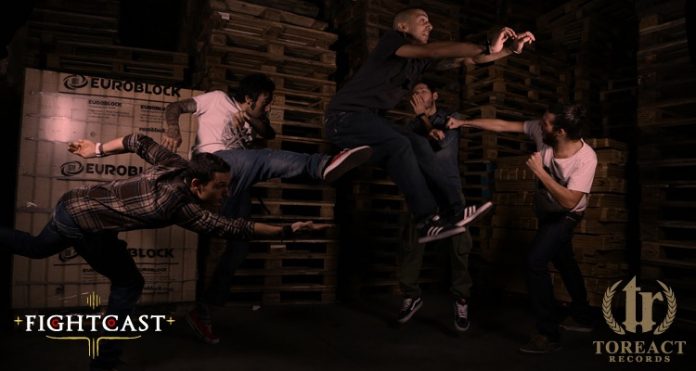 Italian Metalcore merchants release new record. Oh and it’s got a cover of the mighty Faith No More on!

Fightcast were born in Cesena, Italy, in 2004. Their first effort was the extremely well received self produced MCD ‘Killer Goodfellas Family’ (2004), which the band relentlessly supported with intense live activity, opening for such bands as Caliban, The Agony Scene, Extrema and Linea 77 among others.

2007 saw the band locked in Studio 73 (Slowmotion Apocalypse, Ephel Duat, The Hormonauts, Handful of Hate) with producer Riccardo Pasini, in order to record its first full length album, ‘Breeding a Divinity’, which earned the band a record deal with Italian label Kolony Records.

The band play more than 200 gigs all over Eu like Headliner and opening act The Haunted, Demon Hunter, Sonic Syndicate, Caliban, Underoath and many more. After 2 years-live-activities the band goes @ Convolution Studio ( RA ),(Awaken Demons,Mest) and than they completed and mastered the new album “Siamesian ” to Giampiero Ulacco and Spitfire mastering in Rome.

TRACKLIST
1. Mercy Columns
2. Vulture Cult
3. In For The Thrill
4. Turning Into Primals
5. Susperia
6. Velvet Nails
7. Digging The Grave (Faith No More Cover)
8. Smooth The Stones
9. The Echonaut
10. The Good Tyrant