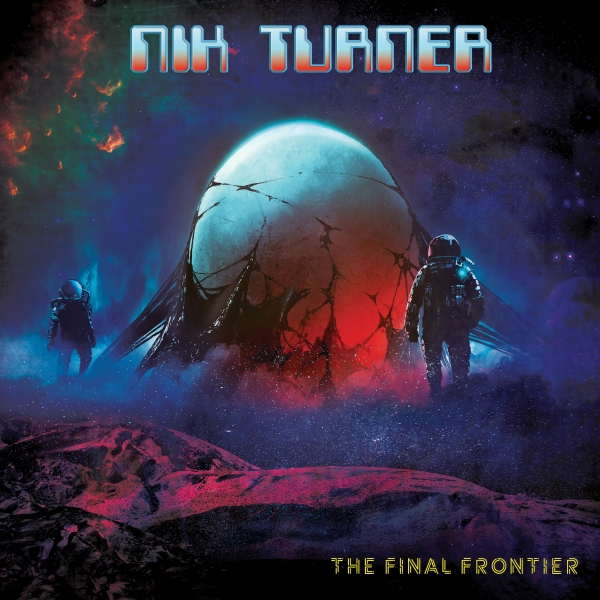 After suiting up as the Space Gypsy in 2013, blasting off on an epic Space Fusion Odyssey in 2015 and enjoying Life In Space in 2017, pioneering musician/songwriter Nik Turner is now set to venture to the outer reaches of space rock with his awe-inspiring new studio album The Final Frontier!

Picking up where his last album left off, Turner brings another set of psychedelic freak-out grooves that will take listeners on a journey they won’t soon forget! Standout tracks include the album opener “Out Of Control,” a super-collider of rollicking psych rock that unites saxophone and guitar in spectacular fashion, and the dramatic space ballad “Interstellar Aliens.” Once again joining our intrepid traveler Turner is Nicky Garratt of UK Subs and Hedersleben, Jürgen Engler of Die Krupps, and Jason Willer of UK Subs and Jello Biafra’s band as well as special guest appearances by Hawkwind alumni Simon House and Paul Rudolph. Available on CD in a digipak case as well as a gorgeous limited-edition yellow vinyl in a gatefold jacket! The Final Frontier will be in stores everywhere starting March 8.