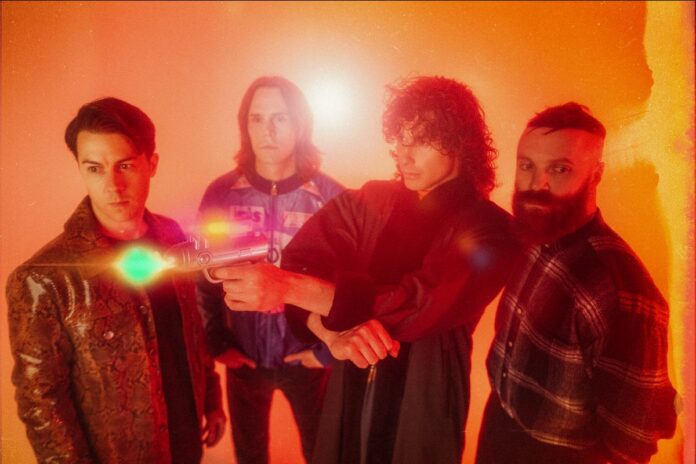 Don Broco release the physical version of their hugely acclaimed album Amazing Things tomorrow (Jan 28th). It has been available on streaming platforms since October 22nd, when the band started their massive UK headline tour including two shows at Brixton Academy, but due to unavoidable delays in the manufacturing process the physical release of the album had to be delayed.

With their past two albums both smashing straight into the Top 10 album charts, the band look set to repeat that feat next week with Amazing Things. To celebrate the album finally hitting record stores the band play their first gig of 2022 tonight at Pryzm in Kingston, with more shows to follow in the coming days (see full dates below).

They have also just announced two very special hometown shows in association with Crash Records at Esquires, in their hometown of Bedford on Saturday 19th February. The first performance will be at 6pm, with a second show at 8.30pm. And they will return to Pryzm in Kingston on Monday 21st February for a show in association with Banquet Records.

Don Broco then head to the USA in April for a massive 31 date headline tour of all the major cities, finishing with a performance in Florida at the Welcome To Rockville Festival on May 20th.

Always unique, and forever pushing boundaries, Don Broco are never ones to follow the trend and the new album Amazing Things is very aptly named. It’s yet another genre-bending masterpiece with electro, rock, pop, metal and more all wrapped up in their own unique blend, bringing to mind the likes of Deftones, Beastie Boys and Linkin Park amongst others… but simultaneously sounding like nobody else on earth.

Amazing Things is the band’s fourth album, and follows the release of 2018’s Technology, which was a Top 5 album in the UK charts and has had over 100 million streams to date, and also 2015’s Automatic, which provided the band with their first Top 10 album in the UK.

You can stream the album and purchase physical copies HERE