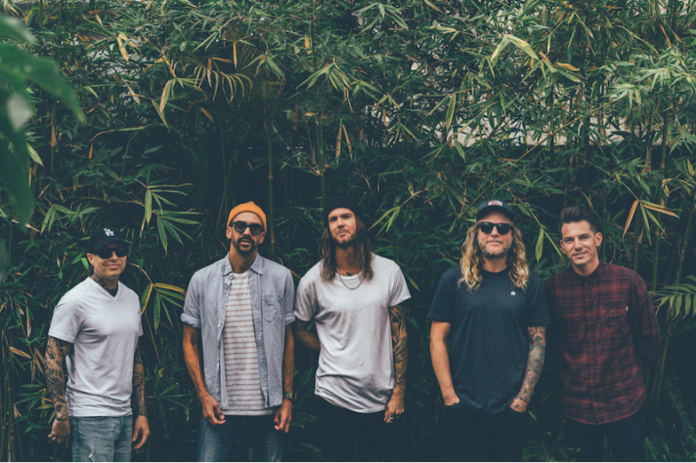 “‘Heavy Water’ is a song about empowerment,” lead singer Jared Watson shared. “Being in the water constantly from a young age, we know the power of the ocean – there is nothing more powerful or uncontrollable. ‘Heavy water’ is a metaphor for life because when life throws something at you that’s unforeseen and uncontrollable, you will be ready for it and not let it overtake you. YOU are the heavy water and mother f*ckers better get out of your way because you are on a mission, and nothing is stopping you. Either way, you got this.”

“Heavy Water” is the 2nd release off the band’s highly anticipated new album Midnight Control, following the single “Life’s Been Good,” the band’s take on Joe Walsh’s 1978 hit. After just 4 weeks, “Life’s Been Good” is racing up the Alternative Radio charts already sitting at #25 and getting support by stations across the country, including KROQ in Los Angeles.

“‘Life’s Been Good’ is the perfect follow up to ‘Vacation,’ lead singer Jared Watson commented. “It just felt right. If you like the vibe of ‘Vacation’ and that song impacted your life in a positive way, ‘Life Is Good’ is the continuation of that feeling. I think the story of enjoying life is really what Dirty Heads are all about.”

Dirty Heads are currently out streaming some of the biggest alternative acts in the U.S., with nearly 2 BILLION total streams on-demand + programmed. Worldwide, the band has over 1.28 MILLION digital track sales and 1.5 BILLION on-demand streams since 2018. Statistics via U.S. and Global Music Connect.

Earlier this year, the band released new remixes of their viral TikTok hit “Vacation,” with producers such as Borgeous and an acoustic version of the track after the #VacationTransition challenge went viral on TikTok, amassing over 378 MILLION streams and over 6 BILLION consumption plays across all social media platforms.