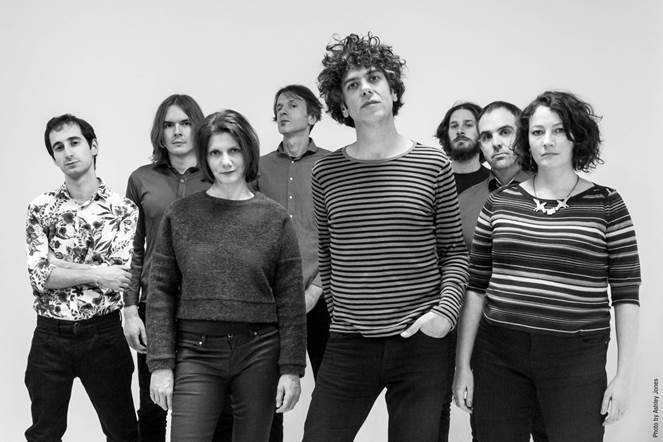 And they’ll be enjoying the snooker too

London-based psychedelic octet Knifeworld are set to release their third studio album ‘Bottled Out Of Eden’, this Friday 22nd April and in anticipation they have released a lyric video for the track ‘The Germ Inside’. Check it out now here:

They had this to say about the song:

“During a particularly fertile period in which Bottled Out Of Eden was being constructed, The Germ Inside seemed to appear from nowhere, I really have no recollection of writing it.

It just seemed to turn up at the sessions, uninvited, like a gate crasher at a party. All the other songs were asking each other if they knew it.

It wasn’t until after the album was completed we asked ourselves “Who is this guy?”

By then it was too late, he’d already spiked the punch and upset a few of the guests.”

The band previously released a video for the track ‘High/Aflame’ which you can see here:https://youtu.be/WzXVxOT8an0

Knifeworld have confirmed some shows in support of the new album, and you can find the full list of dates below: