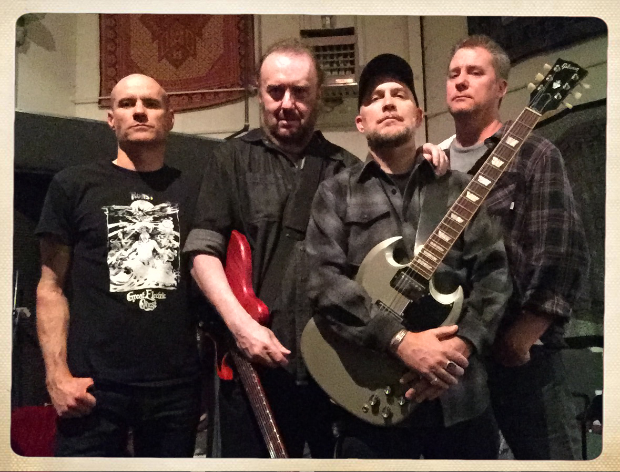 Metal Legend Geof O’Keef (Pentagram/Bedemon)  joins with Blackwulf for special guest appearances on the upcoming Ripple Music release “Sinister Sides” and takes the stage with the band at the upcoming Ripple Music Official SXSW Showcase this March!
The sold-out successes of 2015’s “Oblivion Cycle” (Ripple Music) and 2014’s “Mind Traveler” (Wickerman) releases prompted metal luminaries as mighty as Lars Ulrich (Metallica) and Geof O’Keefe (original Pentagram) to pick up on copies of the albums and publicly name check the band.
Combining vintage ’70s head banging riffs with doom-cloaked soundscapes and vintage heavy metal and hard rock, Blackwulf is bracing for even greater heights of heaviness with their upcoming Ripple Music follow-up, “Sinister Sides”. The eight-song album finds the ‘Wulf ambitiously venturing farther afield, deep into extended vintage hard rock sonic jams and dark breakdowns, all the while keeping one matted paw within their established heavy headbanging riff songwriting approach.
The band, unchanged from its original lineup since 2012, features singer Alex Cunningham, guitarist Pete Holmes, bassist Scott Peterson, and drummer Dave Pankenier.  Joining Blackwulf on “Sinister Sides” as a special guest lead guitarist is doom legend Geof O’Keefe, one of the founding members of Pentagram and Bedemon.
O’Keefe’s trademark doom vibrato and vintage guitar heaviness is featured on three tracks on the album: “Dead to the World”, “Sinister Sides” and a blistering cover of Cream’s “Sunshine of Your Love”.
Additionally, O’Keefe will be storming the stage alongside the band at the official Ripple Music showcase at the South by Southwest Music Festival in Austin Texas on March 16, 2018. 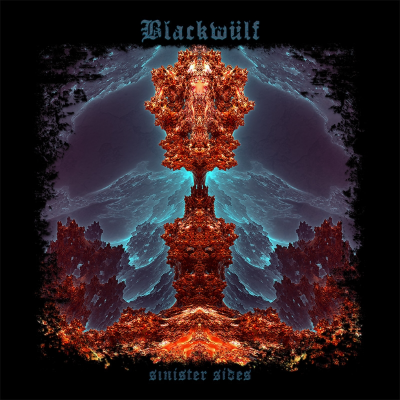 Blackwulf’s “Sinister Sides” will be officially released at the Ripple Music Showcase and you can get a first peak at the gorgeous art for the gatefold album cover below.  Blackwulf will support the new album by taking to the road, with gigs across the US and jumping across to the UK for a short run anchored by an appearance at Desertfest London in May 2018.
www.blackwulfusa.com
www.facebook.com/blackwulfusa