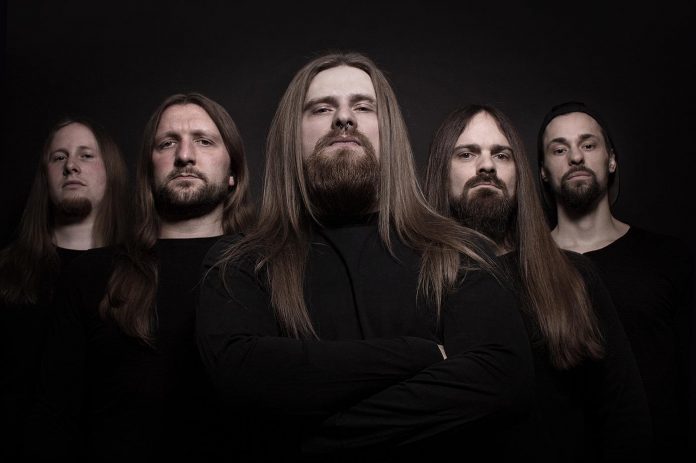 Today they have unleashed an audio premiere for the album’s title track!  Check out’Ascension Gate‘ by DAWN OF DISEASE

Says the band;
“‘Ascension Gate’ stands for the atmospheric and melodic side of our new album. Intensitiy and a melancholic atmosphere are merged into catchy and monumental tunes which slowly raise tension and culminate in rousing headbang parts. Prepare for a stirring listening experience and enter the ‘Ascension Gate’!”

Since 2003 DAWN OF DISEASE have rumbled their way to the top as heavy weights of Germany’s Death Metal scene. The 5-piece band from Osnabrück indulge in some old school Swedish groove and raspy riffs: Bloodbath and At The Gates provide modern inspiration for aural inclinations of DAWN OF DISEASE. Their newest production won’t enjoy the well-tried manginess of long forgotten Death Metal days. The brand new album “Ascension Gate” goes a different way with enthralling guitar work, enchanting management of melodies and brilliant tone. A hurricane of drumming and the gigantic gargling of Tomasz Wisniewski spark a fire that forges their spirit. After trying times of line up changes they finally found their final form in 2009. Since then, they’ve released the monstrous records “Legends Of Brutality” and “Crypts Of The Unrotten” and most recently, they set a new standard for the expanding Swedish Death Metal scene with “Worship The Grave” released in 2016 on Napalm Records. But they won’t boil up half-baked vintage sentiments. This is the new era of modern Death Metal. And their output proves them right: Just one year after their last opus, “Ascension Gate” appears on August 11st  2017- their fourth bomb full of volatile riff power!

In support of their new album, make sure to catch DAWN OF DISEASE live on the following summer dates:

Previous article
Killer Queen
Next article
Judas And The Devil