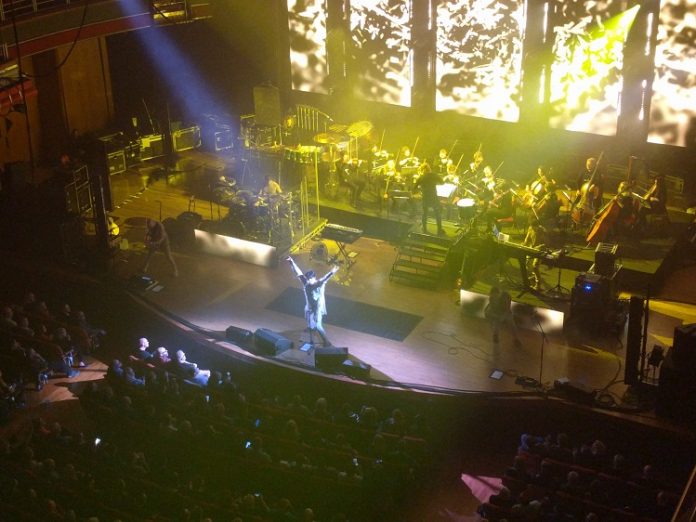 Gary Numan rocks up in Brum on the second of this seven-date trek around the UK and it`s the third time I’ve managed to catch up with him in the space of eighteen months. His twenty-first studio album “Savage: Songs From A Broken World” was released in in September 2017 and I saw the Pre-Release Mini Tour in Leamington to support this, then The Savage UK/Europe Tour 2018 (Part 2) in Warwick and now this show in my home town, partially to promote ‘The Fallen EP’, along with the release of a new live album ‘Savage, Live At Brixton Academy’ 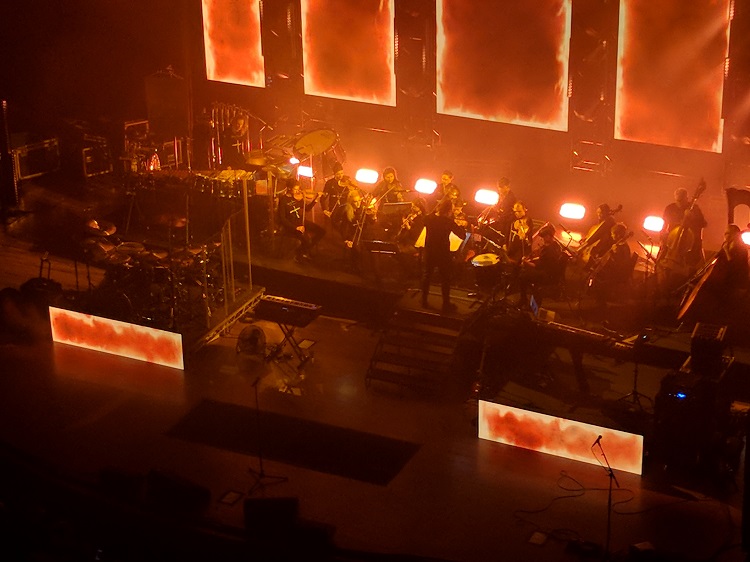 Numan`s music has always had a cinematic quality and on this tour, along with his regular band, he`s joined by The Skaparis Orchestra ensuring that a mix of hard electronic and soaring cinematic atmosphere will finally come fully to life. The Orchestra are in place as the group enter the stage, pick up their respective tools and head straight into the bleak but beautiful `Ghost Nation` The lyrics are some of the best he has written with `When the sky came down, when the sun went dark, when the night was torn and we heard God laugh, when the righteous came and they cleansed our sins, have you ever seen death, with your own eyes?` as the chorus. played out to a background that is atmospheric and has an Arabic feel at times. The album is a concept album centred around the blending of Western and Eastern cultures in a post-apocalyptic world that has become decertified as a result of global warming. These days the sound has slightly shifted to a heavier Industrial vibe with the New wave cum electronica given a somewhat harder edge. His earlier tracks such as `Films` and `Metal` blend wonderfully, whist `Bed of Thorns` is sandwiched in-between. Although he turned sixty last year, our hero is twisting, turning, crouching and arching himself like a man of half his age, listening to these dark more industrial metal tracks, you can really understand how Numan has influenced the likes of Dave Grohl, Trent Reznor and Marilyn Manson. 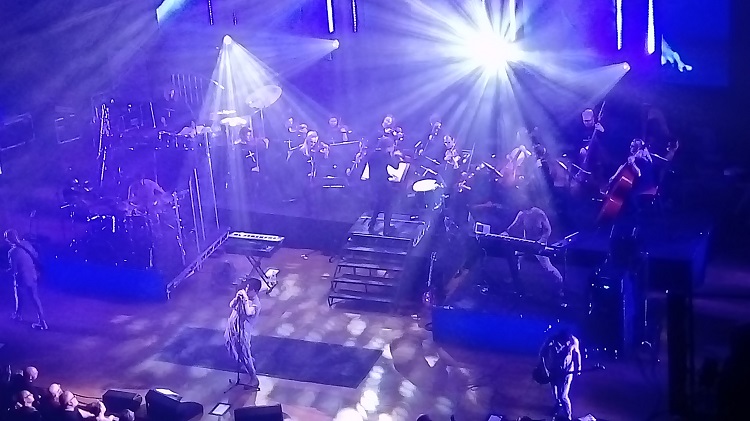 Tonight`s light show is one of the most extravagant he’s taken on the road for over three decades, designed specifically for these special orchestral performances. The addition of the orchestra adds another slant to these all too familiar songs and some such as `Splinter` and ` Pray For The Pain You Serve` are wonderfully enhanced. This nigh on two-hour show concludes with his chart topper from 1979 `Are `Friends` Electric? ` as he shares that he “fucking loves doing this” as the faithful stand and cheer their hero. It`s not long before the band and orchestra return for a four-song encore which includes the new single `It Will End Here` released as an accompaniment piece to the `Savage` album. This was a thoroughly enjoyable evening with this pioneer of electronic, new wave, synth pop, goth and industrial music. It was a show when once again Numan proved what brilliant performer he is and put in contortions and moves that a man half his age would struggle to achieve. It may be coming up to forty years since he started creating his own brand of music but today this artist remains at the top of his game, reinventing, reformatting and leading the way for a new generation of fans.