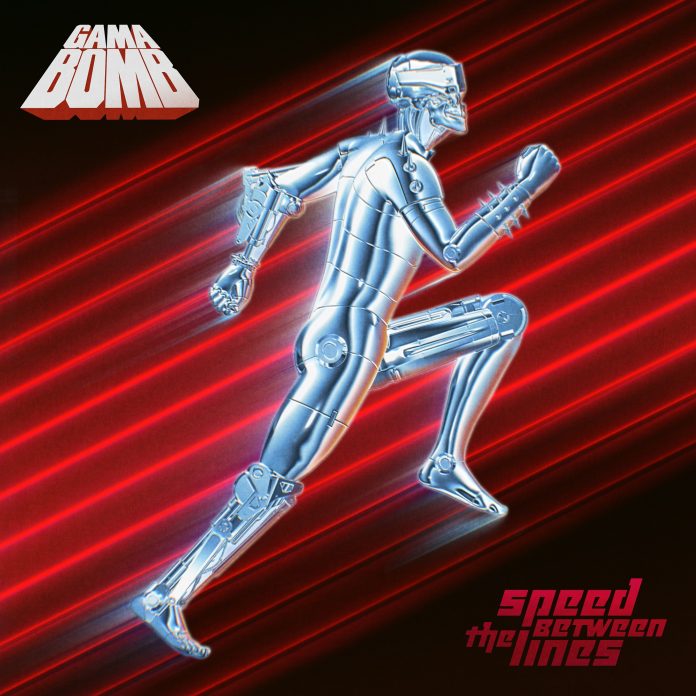 Irish thrash outfit GAMA BOMB have released the video for new single ‘Bring Out The Monster’, which introduces the band’s new mascot. The fist-pounding track is the second single from the band’s sixth album Speed Between The Lines, out October 12th on AFM Records.

The video takes inspiration from classic movies like Harvey and Donnie Darko, featuring frontman Philly Byrne and the band’s new mascot ‘Snowy’ The Gamabombinable Snowman as his imaginary friend.

“As fans, we love the theatricality of classic metal shows,’ says frontman Philly Byrne. ‘Dio’s dragon, Motorhead’s bomber and of course Eddie – those things made gigs come to life and leap off the stage, and we wanted to bring that back. We take our music seriously, but we don’t take ourselves seriously and we want our shows to be as much as fun as possible. How do you fight the tide of drab metal? We thought the best solution was to hire a seven foot-tall, alcoholic Yeti to ruin our gigs.”

Speed Between The Lines’ cover art was created by New York-based artist Jarred Hageman AKA Chrome And Lightning and Rory McGuigan (Villagers) and the album was produced by longtime GAMA BOMB collaborator Scott Atkins (Cradle of Filth, Sylosis).
The digital single’s cover is inspired by vintage paperback novels.