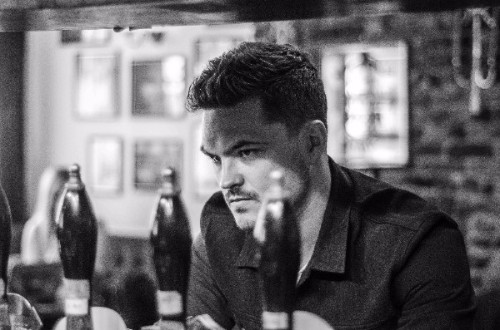 Birmingham singer Stealth has unveiled ‘How Much Further’, the third and final track to be taken from his new EP Verse, out today on his own imprint Chubby Puppy. The song premiered with CRAVE who said, “Stealth’s supercharged voice plows through it like an F-16.”

‘How Much Further’ is a big bluesy anthem, co-written and produced by two-time Grammy nominated Michael Angelo, with rolling guitars and captivating handclaps paving the ways for Stealth’s weighty vocal tones, which have drawn comparisons to the likes of Rag’n’Bone Man and Hozier.

Speaking about the song Stealth says, “’How Much Further’ is essentially about austerity, and the constant struggle normal people have to go through. A song for the ‘JAMS’ (as the government like to say) who’ve been carrying this deficit burden for what feels like forever, I think ‘How Much Further?’ is the question everyone wants answering.”

‘How Much Further’ is the third song to be taken from the three-track Verse EP, which also features the cavernous ‘Blame’ and the hard-hitting ‘Real Life’. Verse is Stealth’s second EP and follows from the release of his highly acclaimed debut EP Intro.

Regarding the Verse EP Stealth explains, “In any song the verse inherently has to feel like a progression from the intro. I had to do the same between these two EPs, grow both sonically and as an artist, which I feel as though I have.”

The Intro EP saw Stealth championed by Radio 1, Radio 2, BBC 6Music and BBC Introducing, while he gained a wealth of high profile press support too.

Stealth also firmly laid his mark Stateside, following the inclusion of his single ‘Judgement Day’ in the dramatic closing scenes of Suits. The song has now clocked up well over 6 MILLION plays across YouTube, Spotify and Apple Music. The release of the Intro EP also saw Stealth enter the iTunes Singer/Songwriter chart at No.2 in the UK and No.3 in the US.

Now moulding his sound into an even more impressive and formidable beast, Stealth is set to continue his rise throughout 2017.