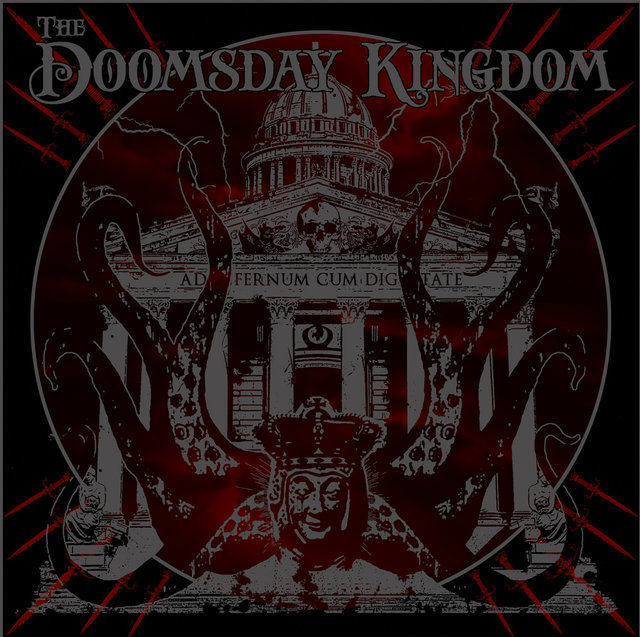 Bringers of darkness, THE DOOMSDAY KINGDOM, have announced the release of their self-titled debut album for March 31st 2017. Last month, the fans of bandleader Leif Edling (CANDLEMASS, AVATARIUM) could already get a first impression of the Doomfather’s new project that he created in an episode of chronic fatigue, with the demo EP »Never Machine« – but now they invoke all the spirits of the catacombs with their first longplayer and 8 epic doom tracks including a pinch of NWOBHM and haunting catchy melodies. The musicians performing on the album are WOLF‘s singer Niklas Stålvind, Marcus Jidell (AVATARIUM, SOEN, ex-EVERGREY) on guitar, Andreas ‘Habo’ Johansson (NARNIA) on drums, several guest artists and of course songwriter and bassist Leif Edling.

“I’m extremely happy that THE DOOMSDAY KINGDOM album is finally finished and ready to be released!”, states the Doomfather Leif. “It’s been a long windy road to say the least, and many things and circumstances have been leading up to it. It is an album that I’m extremely proud of, from the cover artwork to the songs and sound. One of the best things I’ve done in my life!”

The band will play their first ever live performance together on the stage of the legendary Roadburn Festival in April 2017, so be ready to dive into this new era of doom metal!

This is the tracklist of the debut album »The Doomsday Kingdom«: