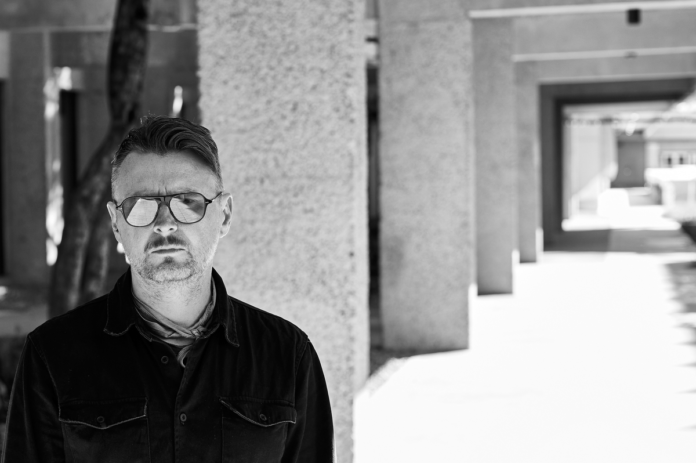 Rhys Fulber is a Canadian electronic musician and producer best known for his lengthy (and ongoing) tenures with industrial standard bearers Front Line Assembly and ambient pop exponents Delerium (both with Bill Leeb), his solo project Conjure One, plus a series of recent dark techno-based albums released under his own name. As a producer, he has worked extensively with established metal acts such as Fear Factory and Paradise Lost, as well as the industrial hardcore act Youth Code.

For ‘Brutal Nature’, the lockdowns caused by the global pandemic enabled a more sharply focused period of writing and composition. Utilising a smaller home set-up rather than Fulber’s usual preferred studio made for an engaged environment and the creation of a greater number of intimate compositions to sit alongside club and night culture influenced tracks that dominated his previous releases for the Sonic Groove label. This time around, shimmering ambient textures and floating voices add light to pulsating technoid rhythms, while a curveball appears at the very end with the harsher sounding EBM-flavoured ‘Stare At The Sun’, which features a guest vocal from Sara Taylor of the aforementioned Youth Code.

Relocating halfway through the writing process from Los Angeles to a small town on the coast outside his original home city of Vancouver provided additional inspiration via the quietly unfolding power of nature. Here is where the album concept was born; the contrast between Brutalist architecture and nature, the legacy of humanity in conjunction with nature and its juxtaposition thereof, and the power and variation of the ocean becoming the ultimate judge.