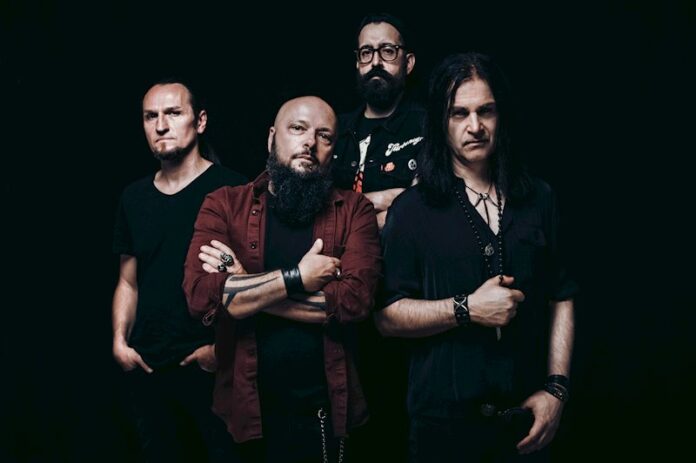 Check out the video here: https://www.youtube.com/watch?v=N7DToNIU6c4

LAST TEMPTATION release new single ‘Main Attraction’, the perfect set up for their upcoming new album ‘Fuel for My Soul’, due for release on May 20 on both CD and digital, with vinyl out on September 2 via Crusader Records, available for pre-order/add/save now.

‘Main Attraction’ is an absolute screamer, soaked with the best traditional metal influences. The message is; once again, humanity tries to reassure itself about its life. ‘Main Attraction’ touches on the idea that sometimes we have the impression of doing things well, with the end being quite the opposite. It’s already too late to change anything.

‘Fuel for my Soul’ is a great step forward for LAST TEMPTATION. Recorded in a week, the band took their time to rehearse the new songs and had over 40 demos before eventually narrowing it down to 11 hard-hitting tracks. ‘Fuel for my Soul’ has an entirely different production style compared to the last album. All the rhythm tracks, bass, drums and guitars were recorded live, and the songs are far more eclectic than previous releases. While LAST TEMPTATION still maintain their Ozzy/Black Sabbath influences, they add a grungy twist, along with big choruses that give an 80’s vibe.