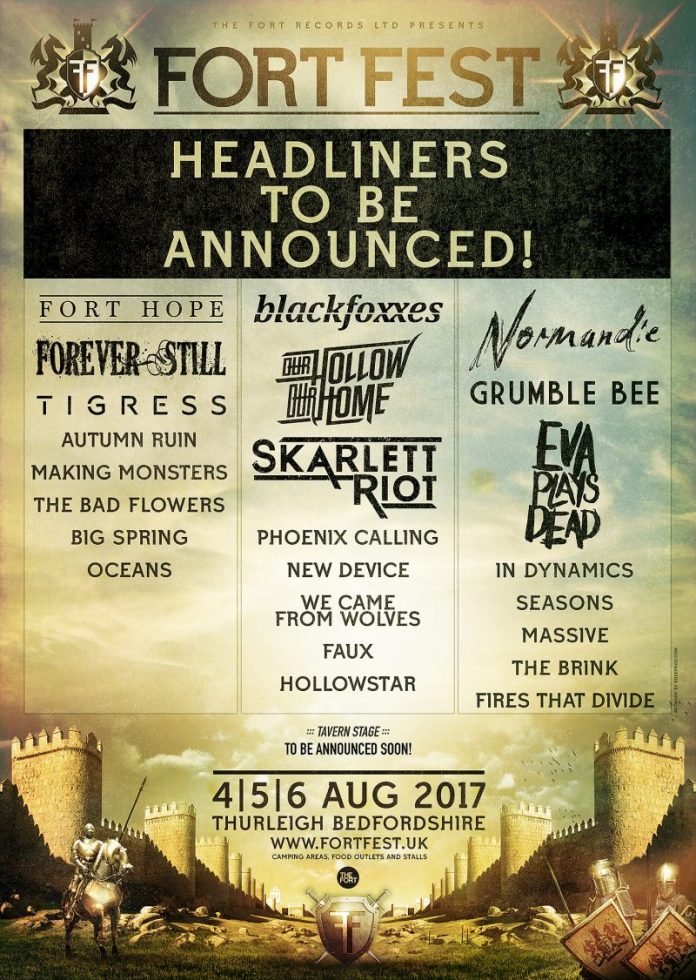 FORT FEST has confirmed more names for its second year, championing some of the most talked about up-and-coming bands and becoming the go-to festival to support new music.

The latest additions to the festival are:

After making its debut in September 2016, Fort Fest will return to Scald End Farm in Bedfordshire for a second year, at the earlier dates of 4th-6th August.

Super early bird tickets are on sale now priced at £45, which includes parking and camping. Get your tickets here: https://www.fortfest.uk/tickets