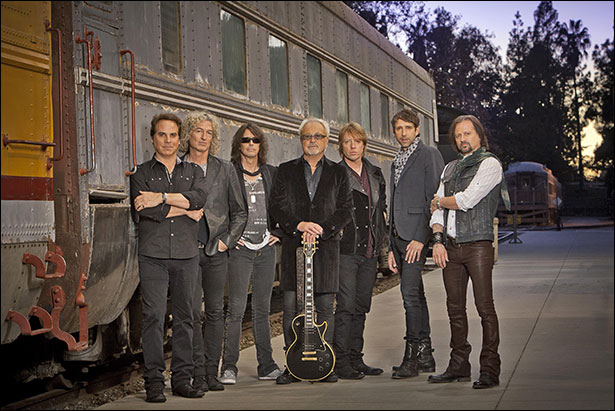 Something for nothing on offer from Mick and the boys

“Night Life” is the live album opening track: a timeless rock song delivered with passion and urgency, and recorded live at the Borgata Hotel’s Music Box theatre in Atlantic City in October 2014. Originally released in 1981, Foreigner ‘4’ spent more weeks at #1 on the Billboard charts than any artist in the history of Atlantic Records, including AC/DC, The Rolling Stones and Led Zeppelin, and went on to sell more than 9 million albums worldwide. Hits included Juke Box Hero, Urgent and Waiting For A Girl Like You – all of which are present on The Best of Foreigner 4 & More.

“It’s great to be in a group with people who really get it, and understand how fortunate we are to be playing and performing such great material,” enthused vocalist Kelly Hansen, while band founder Mick Jones added, “Our music has touched a lot of people worldwide ― unwittingly, we’ve weaved our music into the fabric of people’s lives.”