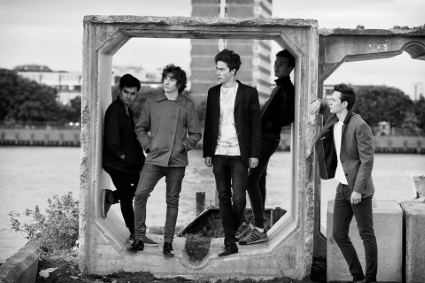 Tesla’s bass player as a manager? Jimmy Page as a fan? Expect to hear more.

Following on from their debut single ‘Circus Boy’ released late last year and leading in to the release of their debut EP ‘Play’ on April 20th, this bunch of young indie rockers release their second single ‘SHY’ on 30th March.

This lilting songs trips and bounces along on a bed of guitars, harmonies.

Already with big US & UK management behind them (Tesla’s bassist/manager Brian Wheat) and recently taken onto X Ray Touring’s books after being seen by Steve Strange himself, FlashFires can also count Led Zep’s Jimmy Page amongst their rapidly growing legion of fans after he popped along to see one of their London shows.

If you haven’t had the chance to check them out yet, they really are a must-see! Having already supported the likes of The Subways, The Rifles, Catfish & The Bottlemen & The Carnabys amongst others, along with their youth, energy and abundance of talent, this bunch of 19 year old Basingstoke boys are going to be making a huge impact on the music scene in the coming months!