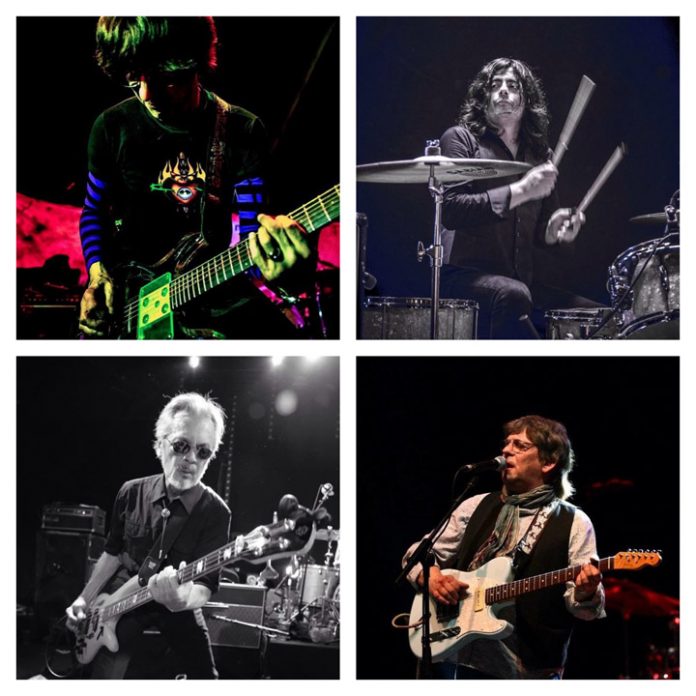 The Flamin’ Groovies are in full swing as part of their 50th Anniversary this year. The legendary band are currently on an aggressive tour of Europe this month and next, and are also gearing up for a new studio album and documentary film. And tomorrow (April 16th) they’ll be dropping a new single from their forthcoming LP via Burger Records. This new single features two Cyril Jordan/Chris Wilson penned tracks – the recently written “Crazy Macy” and the first track ever written by Jordan & Wilson, “Let Me Rock” recorded here for the first time!

The first-pressing of the 7″ vinyl single has already sold-out online due to high pre-order demands, but a second pressing will be available soon (of course, finer record shops around the nation will also have a limited number of the single available tomorrow as part of Record Store Day). The cassette single of “Crazy Macy”/”Let Me Rock” is available now through Burger Records HERE.
Groovies’ just released a new video for “Crazy Macy” on their Facebook page this week and received over 30,000 views in just under 24 hours! This energized video was directed by Kurt Feldhun and William Tyler Smith and features footage from their forthcoming documentary, The Incredible Flamin’ Groovies Movie.