FIT IN WITH PANDORA 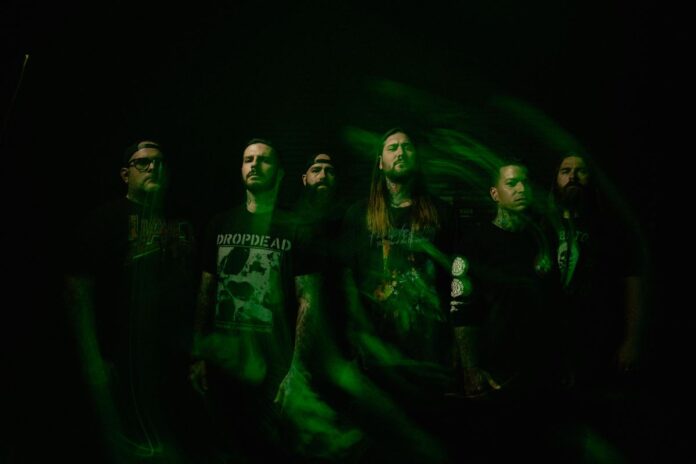 Today, the band has shared the video for the poignant and provocative track “Pandora.” Watch it here.

“This is one of our favorite new songs, as it touches on a lot of our influences all at once and represents a collective of our musical tastes,” the band shares about the track. “Lyrically, it describes the inevitable path to environmental destruction via the mechanisms we’ve permitted to control society. It’s not an unfamiliar topic for FFAA, but an important one nonetheless and one we will continue to write about.”

The video, directed by Max Moore, “paints this theme in a symbolic way, with the relationship between the characters acting as a parallel to our relationship with the earth,” the band continues. “A world driven by extinction only ends in extinction. Thanks for listening.”

OH WHAT THE FUTURE HOLDS TRACK LISTING:
“Oh What The Future Holds”
“Pandora”
“Far From Heaven“
“In Shadows”
“Two Towers”
“A Higher Level Of Hate”
“Collateral Damage”
“Savages”
“Conditional Healing”
“The Man That I Was Not”

Previous article
SMASH IT UP
Next article
A BUNCH OF ROSES