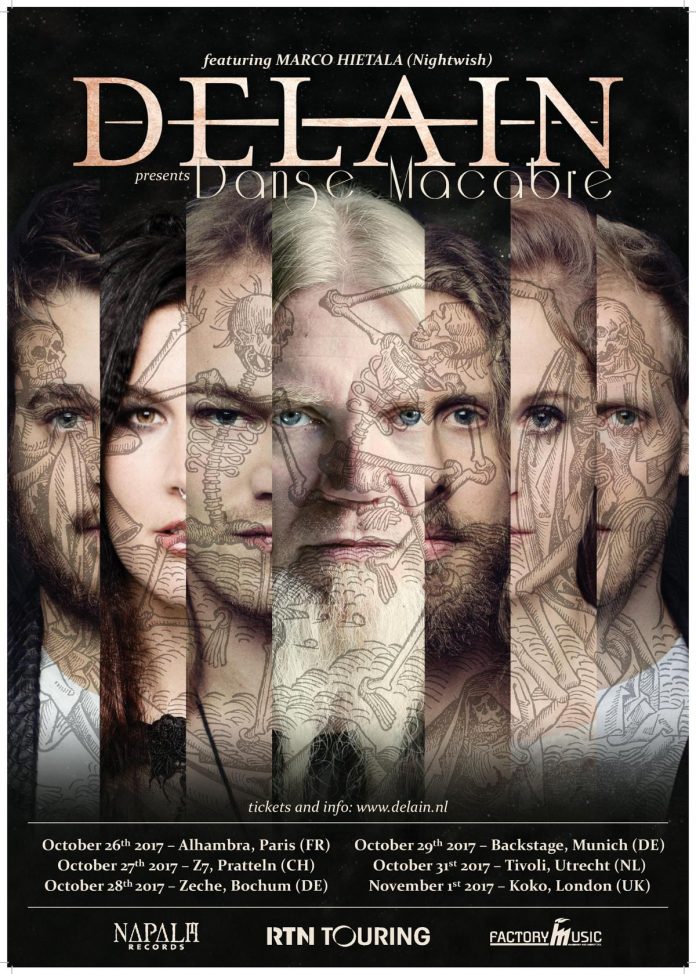 2016 was a triumphant year for Delain with the release of their EP Lunar Prelude, their latest full length Moonbathers, relentless touring and the celebrations of their 10 year anniversary in a sold out Paradiso, which will appear on live DVD/Blu-ray.

Celebrating what has been an incredible year and making 2017 a worthy successor, Delain are thrilled to announce a very special run of shows for October 2017, dubbed the ‘Danse Macabre’ tour.

Joining the band for this exclusive set of dates is long-time friend and collaborator, Nightwish lynchpin Marco Hietala. Having contributed to most of Delain’s records with guest appearances and after worldwide requests from fans, Delain and Hietala will now storm the stage together on the ‘Danse Macabre’ tour.

These shows will feature a specially selected set list of rarely heard Delain songs, a sneak preview of new material, special effects and much more. ‘Danse Macabre’ promises to be a spectacular evening with Delain!